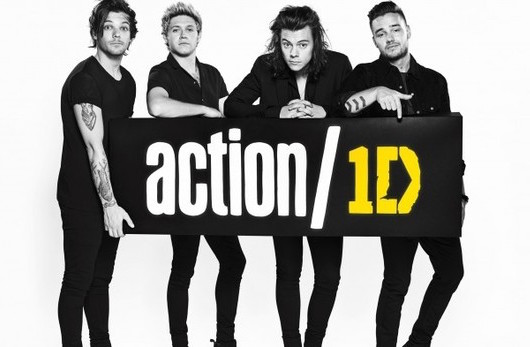 On July 8, the stars of One Direction launched the action/1D campaign to rally their expansive fan base to speak out regarding their views on extreme poverty, climate change and inequality.

In the fall and winter of this year, leaders from around the world will attend two conferences to talk about and make a change surrounding these issues and many more global problems. The popular boy band members, Harry Styles, Louis Tomlinson, Niall Horan and Liam Payne, are urging their fans to take an active part in the discussion by participating in their movement, action/1D.

“So, now is the time for us all to have our say, to take action and to show that we care. We can be part of something that actually makes a difference to our future and helps people who need the support,” Tomlinson said.

Horan and Payne also said that they would like fans to help promote the cause by speaking out about goals that members of the cause may have to get the attention of world leaders.

“Become part of action/1D. Make your voice heard, and make 2015 the year we change our futures forever,” Horan said.

One Direction’s manifesto is associated with action/2015, which is an organization that combines a group of more than 1,600 organizations around the globe who share the goal of providing a better future for the world’s peoples.

The action/2015 website said that although there has been some success, the world is not moving in the right direction for confronting inequality, terminating poverty or dodging hazardous climate change.

“We’ve already made progress—we’ve halved extreme poverty rates, cut preventable child deaths by nearly 50 percent and made real progress in protecting the ozone layer. When we come together, we can make a difference. But we need to move faster—there’s still so much to do,” the website said.

According to action/2015, one of the conferences, which takes place in September, will address inequality and poverty and will focus on creating a permanent solution. The other summit, which will occur in December, will discuss climate change and will explore different methods to conduct research and inform the world about ways to help preserve the Earth.

One Direction encourages viewers to demonstrate their opinions through the use of creativity. The website hosts a webpage that allows fans to post upload media that relates to the featured causes.

“All you need to do is tell us what you want your world to look like in the future. You can make videos or send us pictures. It’s easy. Just complete one of the actions listed on our site,” Payne said.

Each week, new prompts are posted on the action/1D website that explain what action participants can perform. The posts contain a topic that deals with a worldwide issue and instructions for a picture or a video. The most recent post asked partakers to “film a close-up part of your face—your mouth speaking, your ear, maybe your eye blinking” to exhibit the theme “Speak, Listen, Watch” to stimulate conversation about the issues.

So far, there have been almost 43 thousand actions posted to the action/1D website.

To get involved, or to learn more about action/1D, visit their website.