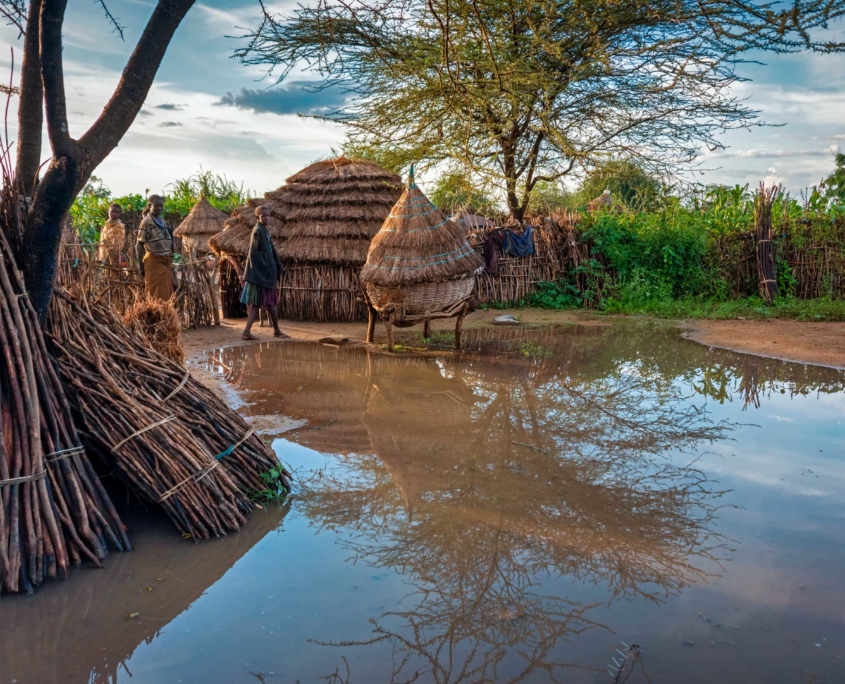 The city of Okere Mom-Kok began as a project created to rebuild more rural communities destroyed in the wake of the Ugandan Bush War in the 80s. With the death of roughly 100,000 to 500,000 people, this war plagued the Northwestern region of Uganda the most. This project is already spreading throughout the country and reaching global headlines because of the progressive, sustainable methodologies offering accessible living alternatives.

From 1980 to 1986, the Ugandan Bush War (also known as the Luwero War) ravaged several Ugandan villages. The conflict began with former General Idi Amin’s rise to power. Early in his presidency, Idi Amin established a military dictatorship. The Uganda National Liberation Front soon overthrew him. Originally implemented by Tanzania to replace Idi Amin, the UNLF’s regime lasted from early 1979 until it was eventually dismantled due to the attacks of Amin loyalists in 1980.

Detached groups of Amin loyalists massacred most of the Ugandan National Liberation Army. With the attacks on the previous Ugandan prime minister, Apollo Milton Obote, and the capturing of most villages along the West Nile, the Uganda Army wreaked havoc in Northwestern Uganda until internal conflict resulted in the separation of the insurgent group. This division generated a new, opposing group known as Uganda National Rescue Front.

Not long after, Obote regained office in 1981 and inspired the emergence of even more rebel armies. In 1982, however, the National Resistance Army, Uganda Freedom Movement, Uganda National Rescue Front and the Nile Regiment came together to create the Uganda Popular Front.

The conflict did not stop there, as the ex-soldiers continued to rebel against the new government well into 1994. Following Idi Amin’s presidency, President Yoweri Museveni took office in 1986 after allying with the rebellions that toppled the reign of his predecessors. President Museveni is currently in the sixth term of his presidency and suppressed the continuous attacks.

An estimated 1 million Ugandan’s lost their lives throughout the 80s and early 90s. The end of the Ugandan Bush War left the remaining villages uprooted and their residents devastated. President Yoweri Museveni is still working to rebuild the toppled infrastructures of these villages and the Ugandan economy as a whole. The increasingly innovative solutions invented in Okere Mom-Kok are one prime example of the efforts.

The City of Okere

The city of Okere is located in the Otuke District, Uganda and consists of 14 villages, each with about 200 people. Made famous for its shea trees, Okere City is the inspiration for Marvel’s “Black Panther.” The shea tree is currently in high demand due to its scarcity after the war. Furthermore, their energy-efficient components make them very coveted.

This area was hit the hardest and is still recovering, thus the pioneering of greener and more sustainable living technologies. From the use of shea butter as a charcoal substitute to solar energy being accessible to the entire network of villages, the city of Okere continues to thrive and evolve. The main village currently consists of a church, markets, schools, clinics and several other crucial establishments.

Okere City is one of the many villages left destroyed by the Ugandan War and is still building towns essentially from the ground up. But this development created greener, more accessible technologies and spread throughout the country. The future for Okere City is bright and illuminates a beacon of hope for the livelihoods lost throughout the travesty that was the Ugandan Bush War.