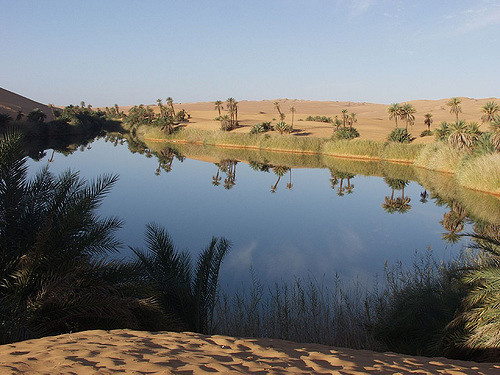 Lacking stability in politics and social structure, Libya is a state susceptible to widespread volatility. Its economy is no exception. Developing infrastructure in Libya is key to rebuilding its economy.

Before the 2011 Arab Spring Revolution, Libya exported large quantities of oil to China, Italy, Germany, Spain and Turkey, among other countries. In 2010, Libya had a GDP of $74.76 billion, while Tunisia, a bordering state, had a GDP of $44.43 billion. Following the death of Muammar Gaddafi in late 2011, the country’s GDP fell to $34.7 billion, almost half that of the previous year.

While Libya exported 1.6 million barrels of oil per day before the revolution in 2010, in August 2016, just over 200,000 barrels per day were exported. This dramatic fall can be traced to considerable damage to oil infrastructure in Libya as a result of rival factions and militias feuding after the Revolution. The power struggles were not only the result of seemingly endless internal instability but also the ongoing proxy wars in the Middle East.

The struggle for control over Libya’s oil continues even within the high levels of government, especially between the United Nations-backed Libyan Government of National Accord (GNA) and the Libyan National Oil Corporation (NOC). NOC chairman, Mustafa Sanalla, warned the GNA that the new government had overstepped its bounds by closing the oil ministry and by commandeering some of the NOC’s role.

Without an agreement between the rivaling political parties, the future of oil in Libya remains bleak. In an Op-Ed piece penned for the New York Times, Libyan oil boss Mustafa Sanalla suggests that the only way to “save Libya from itself” is to keep oil and politics separate. However, even as Sanalla has been urging investors to have confidence in the oil infrastructure in Libya, it has continually proved to be turbulent.

The Petroleum Facilities Guard, charged with protecting oil infrastructure in Libya, has fallen into a network of local fiefs. The tension between these competing pockets of power has blockaded nearly all of Libya’s main oil ports, costing the country over $120 billion in lost revenue.

A Brookings Institution report on Libya’s economy recommends that the country “drastically change the management of revenues to ensure they are used in the best interests of the population, for example by using revenues to finance large infrastructure investments, creating productive jobs for Libyans in the process.” Sanalla agrees with this sentiment.

According to the NOC, oil production will reach one million barrels per day for the first time since 2013. This milestone, says Sanalla, would give the NOC the opportunity to “restart the economy” using “oil-sector investment to help develop local industry.”

Stabilizing oil infrastructure in Libya could lead to sustained exports and a more stable economy, and country, for all of its citizens.