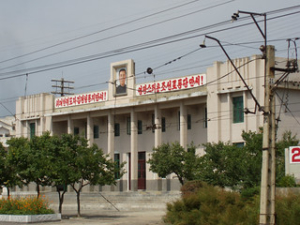 The UN has been encouraged by rights groups to investigate the situation that has persisted for nearly 50 years, as there are thought to be nearly 200,000 political and civilian prisoners held in a series of camps – many detained as punishment for attempting to flee North Korea in search of food or work, according to a report by the National Human Rights Commission.

With the release of the latest satellite imagery courtesy of Google Earth, a newly constructed prison camp can be seen in Kaechon, South Pyongan Province, that did not exist when the last images were released in 2006, according to the North Korean Economy Watch website. Analysts were able to determine such details as a 13-mile-long fence, with two checkpoints and six guard posts, and a seemingly nonoperational coal mine.

Reports of conditions inside North Korea’s prison camps have been few and far between, as very few prisoners have ever escaped alive, with little chance of ever leaving the prison at all once they are in. The accounts of life inside, where perceived “enemies” of the regime and three generations of their family can become imprisoned for the rest of their lives, are extremely harrowing. Such stories include prisoners “forced to to survive by eating rats and picking corn kernels out of animal waste.”

Other such conditions include abuse, torture, sexual violence, and disease; analysts suspect that nearly 40 percent of prisoners die of starvation and malnourishment, while those who survive are worked to death in harsh conditions for up to 16 hours per day. Prisoners who attempt to escape and are caught face execution.

The role of Google Earth has played a large part in the increased amount of knowledge that rights groups have available on the prison system. Former prisoners have, with the improvement in imagery that is now high-definition, been able to work with analysts in pinpointing the exact features of the prison camps that they were in, including their barracks and camp execution grounds.

Although the UN high commissioner for human rights, Navanethem Pillay, stated that steps are needed in order to take stronger action against the regime, she also acknowledged that the UN had hoped that the change in leadership would improve the human rights situation in the country. Ms. Pillay stated that the UN will look into creating an international investigation into the North Korean prison camps system since it is clear that the situation is not improving.