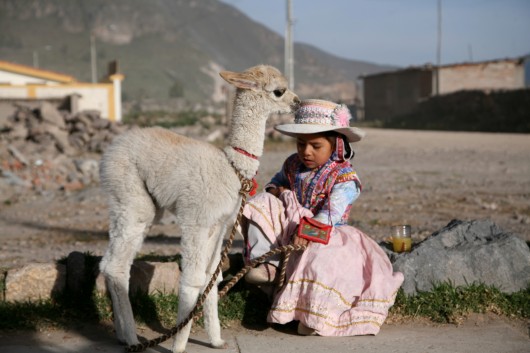 “Together let’s vaccinate all of the world’s children,” reads the website for Alma Sana, a nonprofit organization started by Lauren Braun.

Braun, a former pre-med student at Cornell University, started the company after spending a summer traveling to villages in Peru to remind mothers to take their children in to get vaccinated.

Immunizations are critical in developing countries, where they can save the lives of children and help protect the health of others.

Due to donors such as the World Bank and the Bill and Melinda Gates Foundation joining forces, the number of immunizations in developing countries has soared in recent times. Estimates reveal that immunizations have prevented the future death of seven million children since 2000.

However, developing countries are still facing the problem of young mothers forgetting to vaccinate children on time, as vaccine schedules are becoming more complex. That’s where Braun stepped in to help.

Alma Sana creates flexible bracelets to serve as tiny calendars to remind mothers to make sure their children receive necessary immunizations on time.

The bracelets, which are made from silicon, fit around the ankle of a newborn child and contain symbols and numbers to communicate vaccination information. Words aren’t used so illiterate mothers have an easier time understanding.

A laminated information card comes with each bracelet and is used to decode the symbols.

Once a child receives an immunization, a nurse will punch a hole in the symbol or number corresponding to the vaccine.

Funding for the bracelets came via a grant from the Gates Foundation, which Braun used to test the tiny reminders in clinics in Ecuador and Peru. The bracelets cost less than 10 cents and come in both blue and pink.

Braun is currently working on a video fundraising campaign to support a trial of the bracelets in Nigeria, Pakistan, and Colombia. The trial will be randomized and controlled, involving around 5,000 mothers and infants.

You can check out her video below:

Global Dental Relief: Changing Lives One Pearly White at a TimeFive Charities that Make a Different Kind of Difference
Scroll to top