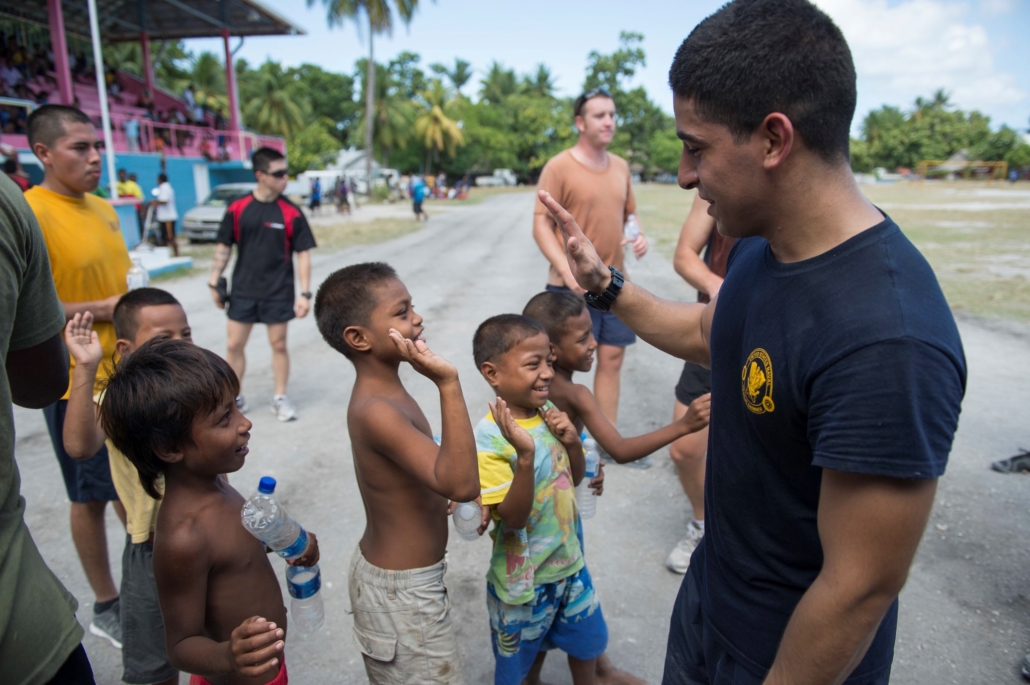 A small country can have a big impact beyond its borders when it knows what it is doing. While the United State’s foreign aid receives significant attention, some pay considerably less attention to the efforts of nations in uniquely beneficial positions to help, such as New Zealand. Here is some information about New Zealand’s foreign aid.

New Zealand is far from its nearest big neighbors. This relatively small island of about 100,000 square miles and just under 5 million people brought the world the film adaptations of “The Lord of the Rings,” the comic musical duo Flight of the Conchords and what some call the best Sauvignon Blanc wines in the world. Despite a rich cultural impact, New Zealand also has a history of others overlooking it. On a world map or globe, New Zealand should show up to the right and slightly downwind of Australia. Instead, it almost looks like it went the way of the fabled Atlantis, swallowed up by the ocean, vanishing mysteriously without a trace, ready for adventurous archaeologists to make endless documentaries trying and failing to find it.

This modern mapmaking tendency to treat New Zealand like it went the way of the Dodo ended up turning into a tourism campaign that ran the tagline of “Getting New Zealand on the Map.” This happenstance showcases the humor and humility that Kiwis, the nickname for New Zealand citizens after the namesake unique bird, are known for. But while the country is breathtaking in its own right, perhaps its gifted application of focused foreign aid is what will really put New Zealand on the map in years to come.

While remote, New Zealand is not isolated in the sense of its outreach focus and capabilities. The country’s Prime Minister Jacinda Arden has received praise for her empathetic approach to leadership which seems to extend to the foreign policy that her administration enacts. While New Zealand provides aid across many regions including Africa, Latin America, the Middle East and Asia, a particular focus goes to its closest neighbors in the Pacific Islands region. This includes countries known as small island developing States (SIDS) like Fiji, Papua New Guinea and Samoa to name a few.

While undeniably beautiful, many of these islands are extremely remote making it challenging to provide them with a steady flow of viable trade and resources. The situation has worsened in part because the islands have also been among those that tend to experience significant natural disasters and environmental challenges. The UN reported that a fourth of all Pacific Islanders live below what it considers the basic needs poverty line.

This is where New Zealand comes in. As a nation that consistently ranks as having a high quality of life, it is working to provide aid to its fellow islanders. New Zealand is also arguably better equipped to understand the challenges facing island dwellers than larger landlocked nations governments.

The New Zealand Ministry of Foreign Affairs and Trade (MFAT)

According to the New Zealand Ministry of Foreign Affairs and Trade (MFAT) website, its policy acts on the notion that stability in the region surrounding a homeland is crucial for the success and stability of the homeland as well. This type of foreign aid does not intend to be a charity endeavor, but rather an investment that has shown great promise in minimizing and even sidestepping unnecessary conflicts entirely. To that effect, roughly 60% of New Zealand’s Official Development Assistance funds go toward “…shared community interest in the prosperity and stability of the [Pacific] region.” The dollar amount of this contribution is around $1.331 billion and helps the collective efforts of more than 30 government agencies throughout the Pacific region.

MFAT sets criteria and monitors the implementation plans of the countries that receive these funds. The overarching aim of these allocations and efforts is to foster infrastructure and trade development. Like many nations that have significant foreign aid programs, the result is potentially mutually beneficial as new markets emerge in tandem with stable governments and societies. To understand the success of its programs as objectively as possible, MFAT has stated that it uses external evaluators. Such a strategy is one of increased accountability without crossing the line into overbearing and overregulated. MFAT also focuses on humanitarian outreach and disaster relief, again with a specified focus on the Pacific Islands region. It acts as a support rather than a domineering neighbor.

New Zealand offers a clever array of scholarships with different beneficial outcomes in mind. Of particular interest are the short-term training scholarships for pacific citizens which provide comprehensive skills training as well as valuable job experience. For those struggling in the Pacific Islands, an opportunity like this can provide them with a relatively quick and practical way to change their lives. An English Language Training for Officials Scholarship is also available to government officials from qualifying African and Asian nations. From workers making a livable wage to those governing entire countries, these educational focuses do well to showcase the different angles in which New Zealand is hoping to foster more stable communities near and far from home.

New Zealand’s efforts provide a wonderful blueprint that other small, but economically strong nations worldwide could apply. While a greater challenge, the largest developed countries could utilize its strategy in foreign aid practices. If New Zealand’s foreign aid practices show the world anything, it is that insurmountable problems seem more manageable when empathetic eyes view them.