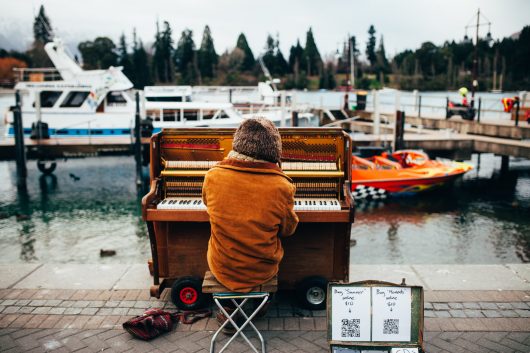 According to statistics from the Organization for Economic Cooperation and Development (OECD), New Zealand has the highest total public expenditure on education out of 32 countries. The public school system is extremely well funded and education is free until the last year of high school for citizens and permanent residents.

New Zealand Now says New Zealand education is also extremely good because of Kiwi culture. Kiwi is a term that refers to the people of New Zealand. In Kiwi culture, it is important to give everyone a fair chance and access to the same opportunities — including education.

New Zealand Educational Institute spokesman Paul Goulter told the New Zealand Herald that for Kiwi teachers, “The profession is about teaching children and doing it not for the pay, but for them.” This outlook on education has reaped success. In the 2015 Expat Explorer Survey by HSBC, 70% of parents said their children were more confident and well-rounded after studying in New Zealand.

Education in New Zealand also promotes acceptance and respect for different cultures. According to the New Zealand government, “Our education system reflects our unique and diverse society. We welcome different abilities, religious beliefs, ethnic groups, income levels and ideas about teaching and learning.”

Unlike education in Hawaii, where native languages and culture were not an integral part of the education system until recently, New Zealand promotes the conservation of Maori culture. The Maori people make up 14.6% of New Zealand’s population and can attend Kura Kaupapa Maori.

The Kura Kaupapa Maori are schools that teach in Maori and provide an education based on Maori culture and values. These schools have their own curriculum that focuses on Maori philosophies. Students who graduate from Maori schools then have the opportunity to attend Wananga (Maori teaching and research institutions).

Education in New Zealand is a success story. Schools are not only excellent and accessible to all; they also promote multiculturalism and diversity by emphasizing the importance of maintaining Maori culture. Other regions of the world where multiple cultures coexist should learn from New Zealand’s success.