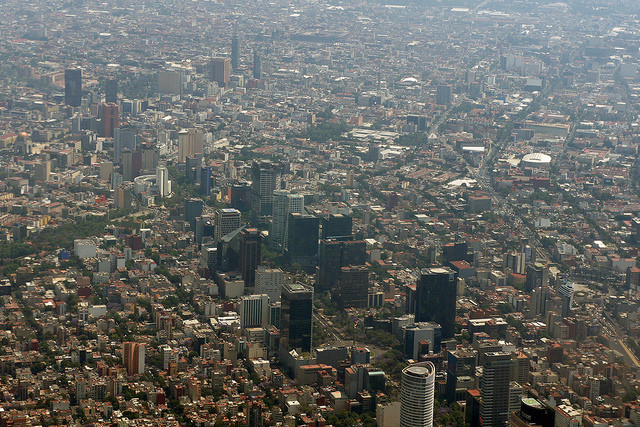 Underdeveloped educational and economic infrastructure in Mexico cultivates conditions where many turn to crime as a means of survival, supplying and staffing the drug cartels ravaging the country and funneling narcotics into the U.S.

In Mexico, one in four youths between the ages of 15 and 24 is neither employed nor enrolled in school. These “ninis” (“ni estudian ni trabajan—[those who] neither study nor work”) represent a potential labor pool of seven and a half million people for the cartels.

The “nini” phenomenon is partly fueled by a lack of accountability in the education infrastructure in Mexico. Mexican universities are not required to report data which would allow for ranking or evaluation of their educational effectiveness, effectively killing accountability and incentives to ensure that curricula adequately prepare students for the modern workforce.

Underdeveloped agricultural infrastructure in Mexico also contributes to the number of narcotics available for the cartels to traffic. Antonio Mazzitelli of the U.N. Office on Drugs and Crime states that “it is not drug production that generates underdevelopment[,] it is the lack of development that generates the opium cultivation.” In this, he agrees with the findings of the Open Society Foundation, which found that underdevelopment of agricultural infrastructure, in conjunction with other development factors, is common among regions where drug cultivation is high.

The Mexican government, recognizing these issues, is working to increase investment in infrastructure across the country. The Peña administration’s current National Infrastructure Plan is slated to inject nearly 7.75 trillion pesos (about $400 billion) into development, especially in transportation and communications infrastructure in Mexico.

Such projects promise to knit the country closer together and bring more opportunities to both rural areas and “ninis” nationwide. The U.S. is working to complement these efforts to improve infrastructure in Mexico through its Agency for International Development (USAID). USAID works with universities in both Mexico and the U.S. as part of the Training, Internships, Exchanges and Scholarships (TIES) program to create partnerships between higher education institutions in both countries to address development issues. USAID also supports training programs for Mexican educators in the U.S., with the intention that they return to rural, disadvantaged communities in Mexico to pass on their skills and help lead local development initiatives.

Whether these programs—and others supported by USAID—will survive potential cuts by the Trump administration remains to be seen. Following a deal with Democrats, a decision concerning the final fate of his budget proposal has been put off until the end of this year.

Domestic political conditions may also have a significant impact on infrastructure in Mexico. Elections will be held in July to vote for a new president. Andres Manuel Lopez Obrador, head of the National Regeneration Movement (MORENA), is currently ahead in the polls, according to Reuters. He is campaigning on a platform of eliminating corruption and putting the money saved towards economic development.