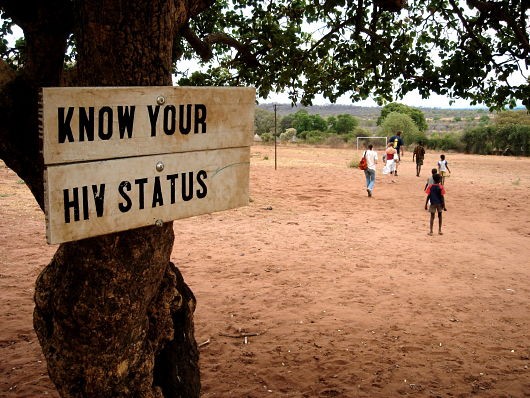 The World Health Organization lists HIV/AIDs as one of the major health issues to plague the world today. The disease so far has claimed over 39 million casualties and approximately the same number of affected patients.

The viral infection has been notoriously associated with poverty; 70% of the cases arise from the Sub-Saharan African region, which remains one of the poorest areas in the world to date. The issue in its particular prevalence in the poorer regions is not a direct socioeconomic correlation. Rather, it is a manifestation of the lack of access to diagnostic and therapeutic facilities.

HIV, or Human Immunodeficiency virus, is a retrovirus that is the causative agent for AIDs: Acquired Immune Deficiency syndrome. The disease is infectious, that is it spread from person to person through contact with blood serum. As of yet, the disease remains untreatable. The only effective course of action as of yet is antiretroviral therapy, which slows the spread of the virus.

To maximize the rate of success in treatment, as well as implement effective preventative measures for the infection, timely diagnosis of the disease is vital. The diagnosis involves a test that screens the blood of the patient. In response to the virus in the bloodstream, antibodies are created against the foreign viral DNA in the body. These antibodies are then analyzed through enzymatic assays.

Recently, a Canadian company MedMira has utilized these useful aspects of Point of Care testing to introduce a diagnostic tool for HIV/AIDS. The device, called Reveal G4 Rapid HIV-1 Antibody Test, is currently in the process of premarket approval by the Food and Drug Administration for sales in the United States.

The device uses the Rapid Vertical Flow Technology platform to detect the HIV-type 1 virus. Unlike traditional lab tests, however, it can detect the exposure to the HIV virus within three minutes. The test involves mixing the sample from the patient—typically a blood drop taken with the auto-pipette provided—with a provided buffer solution.

The resulting solution is then poured on the provided “cartridge.” The cartridge contains a membrane, which is composed of peptide chains specifically designed to bind with HIV antibodies. A colloidal solution of gold and proteins then helps to visualize the presence or absence of the antibodies.

The effectiveness of the test is made more significant due to the fact that the test results are simplified. The results of the assay do not require special training to interpret. In the event of positive exposure to the HIV virus, the test cartridge shoes a red line and a parallel dot. In the event of negative results, only the vertical line is visible. The test is also useful in its versatility of viable samples: it can test whole blood, plasma, as well as serum.

The product is estimated to be cost-efficient as well to make it more accessible for developing countries, and favorable for Western consumers. The method of Point of Care testing here, as with other such techniques, has the issue of providing adequate technical assistance to healthcare providers. However, it is important to note that no rapid screening test provides delivers 100% sensitivity and specificity.