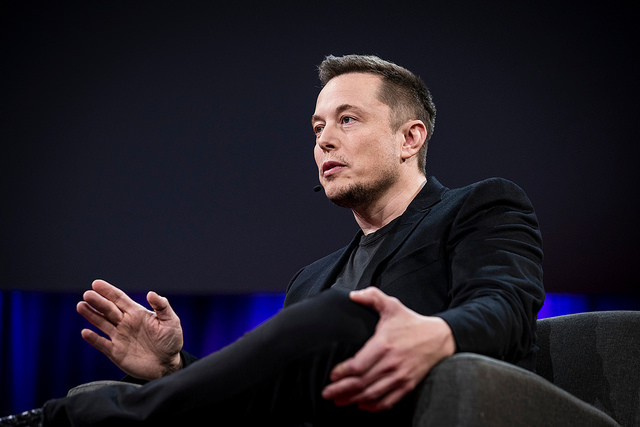 The recent ravaging of the island territory of Puerto Rico, first by Hurricane Irma, then by Maria, is a reminder of the sheer destructive mayhem Mother Nature can wield—but also of the ability of individuals, businesses and governments across the globe to come together to solve problems and help those in need. Although the storms undoubtedly caused major problems, they also offered opportunities for change and innovation.

One such possibility is the chance to build a new tech infrastructure from the ground up. Many U.S. companies are stepping up to join in on this once-in-a-lifetime opportunity.

Under the direction of Elon Musk, Tesla is sending its Powerpack battery system to Puerto Rico to help homes, businesses, hospitals and schools use their existing solar panels by providing energy storage. Google’s parent company, Alphabet, is sending special balloons to help restore cell phone connectivity in areas where the infrastructure is down. Meanwhile, Facebook pledged $1.5 million in relief money to various charities and sent employees to Puerto Rico to work toward restoring internet connectivity to the island.

In an interview with USA Today, Puerto Rican Governor Ricardo Rosselló spoke about talking with Elon Musk. He affirmed that they were looking into batteries and solar panels as a long-term solution to transform energy delivery and bring down costs for the island.

The new tech infrastructure is direly needed. As The New York Times notes, the Puerto Rico Electric Power Authority (PREPA) was already $9 billion in debt before the two hurricanes hit. PREPA declared itself insolvent in 2014 and ceased making debt payments, forcing a debt restructuring deal that has yet to be finalized. To make matters worse, PREPA has been at the center of a corruption scandal, making it harder to unify the public behind its mission and importance.

But, according to Puerto Rico resident Gabriel Rodriguez, tech company aid to the island has been very polarizing. In his words, “People are really for it or against it. There are the people that say that of course it’s going to be a great improvement for us… but then there’s a lot of people that are very mad because they say we are selling the island to outside interests.”

Ina Fried of Axios speculates that the American companies currently volunteering side-by-side on the island will eventually compete with each other for larger-scale rebuilding contracts. The heavy lifting won’t come free, and this is likely the source of some Puerto Rican worries.

One of the challenges of rebuilding will be to do it in a way that respects Puerto Ricans’ autonomy and independent identity. These fears of selling out to foreign interests are similar to the ones that inspired the Cuban Revolution in the 1950s that toppled Fulgencio Batista and put Fidel Castro in power.

While the two situations are not politically analogous, the tales of government corruption and fears of foreign influence are, and those U.S. companies interested in helping would do well to approach the situation with sensitivity. There is room for all parties to share in the profits and rewards that a new tech infrastructure in Puerto Rico can yield.