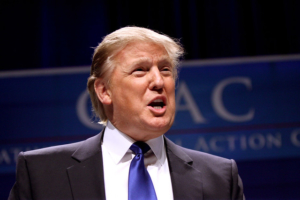 On July 16, 2019, the White House advisor, Jared Kushner, submitted a new 600-page immigration proposal from President Donald Trump. The administration urged Congress to review and consider the proposal prior to the August Congressional recess.

The proposal’s key aspect establishes a merit-based system for individuals seeking legal entry into the United States, effectively ending legal loopholes in the American immigration system. Kushner acknowledged that though “a 100 percent fix is difficult,” the administration believes its new plan has the ability to fix 90 percent of legal loopholes in immigration legislation.

Though there is disagreement over the cause of the crisis at the border, there is bipartisan agreement that the situation at the border between America and Mexico is a crisis. In January 2019, a CNN survey found that 45 percent of Americans felt this way, and in July 2019, the survey found that 74 percent of Americans see a crisis at the border. Additionally, the survey concluded that despite partisan divides, there is a majority agreement across party lines supporting a plan to allow some illegal immigrants living in the United States to become legal residents; 80 percent overall agree, including 96 percent of Democrats, 81 percent of Independents and 63 percent of Republicans.

The immigration proposal from President Trump comes at a particularly partisan moment in Senate proceedings, following an eruption on the House of Representatives floor over Democrats’ decision to denounce a series of tweets from President Trump. Many believe that White House senior advisor Kushner will face difficulty in gaining bipartisan support for the bill due to the persistently rocky waters between Democrats and Republicans in Congress.