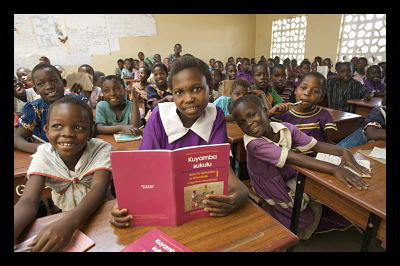 This week marks Malawi’s 50-year anniversary of independence from Britain. While this is quite a milestone, the country is still in desperate need of improvements, including education.

Malawi is considered to be one of the least developed countries in the world. Up to 40 percent of the country’s budget is funded by donors and outside sources. The United Kingdom is their main sponsor, funding programs for social development, health, education and agriculture.

According to UNICEF, 61 percent of Malawi’s population lives below the poverty line of less than $1.25 per day. Malawi has fallen behind its neighboring countries, as many of them have moved from the low-income bracket to middle-income.

However, Malawi has seen some improvements over the past few years. In 2008, Malawi had the second-fastest growing economy in the world. In 2009, the economy recorded a 9 percent annual growth. Despite these few victories, the country as a whole is still declining.

The largest barrier for Malawi in continuing its growth and  development is the country’s lack of education.   Only in recent years has education become a focus for the government. During the 2012-2013 fiscal year, 24 percent of Malawi’s budget was allocated specifically for education. Within this percentage, over half of it was set aside for progress in primary education.

A lack of resources, however, makes it difficult for the money to go toward a good use. Schools are lacking in qualified teachers, and classrooms are filling up with 100 students at a time. Education standards are impossible to keep high when there are no sufficient resources.

Increasing education in Malawi will be a huge step toward improving the country’s development. Having an education can increase a person’s income significantly, thus allowing families to help bring themselves out of poverty.

Additionally, education can change major life outcomes, especially for women. UNESCO reports that if all women in sub-Saharan Africa completed primary education, the maternal mortality rate could drop by up to 70 percent. Education also encourages women to wait until a later age to be married, which increases their potential for success.

Malawi would benefit immensely from increasing its education system. It is the key to reducing poverty and spurring developmental growth for the country. Without education, Malawi will be at the same state when the country celebrates its 100-year anniversary of independence.