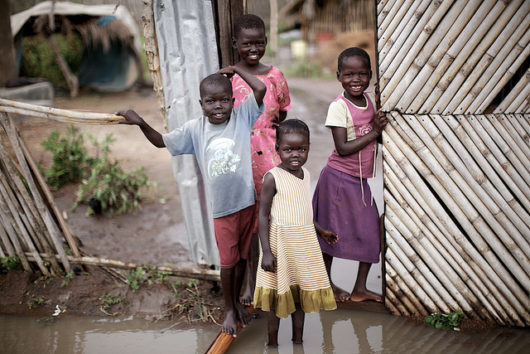 Just when one might think that impoverished people are facing enough difficulties, they become enlightened about other tragedies that make life more dismal for these people. According to Britain’s Overseas Development Institute, there is an overlap between countries already facing extreme poverty and countries that are more likely to be devastated by natural disasters.

Fortunately enough, this combination has occurred before so future governments and organizations will know what to do when such tragedies strike again. Countries have recovered. There is hope that these other countries will not face travesty forever. In the text below, some cases of natural disasters and impoverished countries who were able to recover are presented.

In 2008, Myanmar was struck by Cyclone Nargis that left a total of 138,000 people either dead or missing. Cyclones are not the only natural disaster that Myanmar is prone to. Earthquakes, floods, droughts, tsunamis and landslides also affect the country. Since 2012, climate change has affected the country greatly.

The organization Give2Asia has been present in Myanmar in previous years. Give2Asia is a network of charitable communities from over 25 countries throughout the continent. Their work in the country consists of breaking down the components that affect Myanmar’s economy and people the most and improving the situation in these fields.

Because of this, many nongovernmental organizations and the Myanmar government began implementing disaster and risk reduction measures. Some of the measures are as following: early warning systems, adapting agriculture to climate change and creating disaster-proof buildings.

An example of an organization that has helped Myanmar in the past is Ar Yone Oo (AYO), that was put together shortly after Cyclone Nargis. The group targeted vulnerable and poor areas of Myanmar that were affected. After helping in the aftermath of Nargis, the group stressed the importance of implementing educational programs in poor communities aimed at learning these people what to do in the face of disaster. AYO was able to increase emergency preparedness in two townships as well as the entire Chin state of Myanmar.

The tsunami of 2004 affected 10 countries in South Asia. The death toll was over 200,000, over a million people were injured, and tens of millions of people were displaced. Relief Web calls this natural disaster “the single biggest challenge ever faced” by international aid, especially from nongovernmental organizations. This tsunami was an example of how natural disasters and impoverished countries are often connected.

Australian nongovernmental organizations and aid were able to prevent the suspected second wave of death, usually caused by disease, due to their quick response time and ability to provide clean water to the injured. By June 2005, Australia had committed and spent around $34 million on disaster relief in Indonesia alone. Australian organizations such as the Australian sectors of Red Cross, CARE, Caritas, Oxfam and World Vision were all publicly funded by the country and gave further aid to the affected countries. Due to this grand effort by just one continent, reconstruction was possible. The organizations consulted local communities on how they wanted to be restored so that the communities could build back better.

Work of the Indonesian Government

The Indonesian government also valued community input, which was a bold step at the time. Because they prioritized what the people wanted, they were able to create jobs and homes for the community and lessen the poverty rate. The government created programs that aimed to provide the best recovery for the whole population.

The Indonesian Reconstruction and Rehabilitation Agency (also called BRR in the country) was a group that worked for four years to rebuild Indonesia, specifically Aceh. During this time, the organization constructed over 140,000 houses, 4,000 kilometers of roads, 1,700 schools, 1,100 health facilities and 13 airports. Not only that, but the organization provided jobs for 40,000 teachers and gave out 7,000 fishing boats. Through caring for the livelihoods in the communities, this and other organizations were able to help these countries recover.

These stories are important to remember when looking to the future of disaster recovery and how to help already impoverished countries. By looking at the correlation between natural disasters and impoverished countries, and seeing what can be done to prevent total devastation, the terrifying future of repeated natural disasters might not be as bad predicted. Other countries can learn from the nongovernmental organizations in these cases, as well as Australia’s incredible effort.