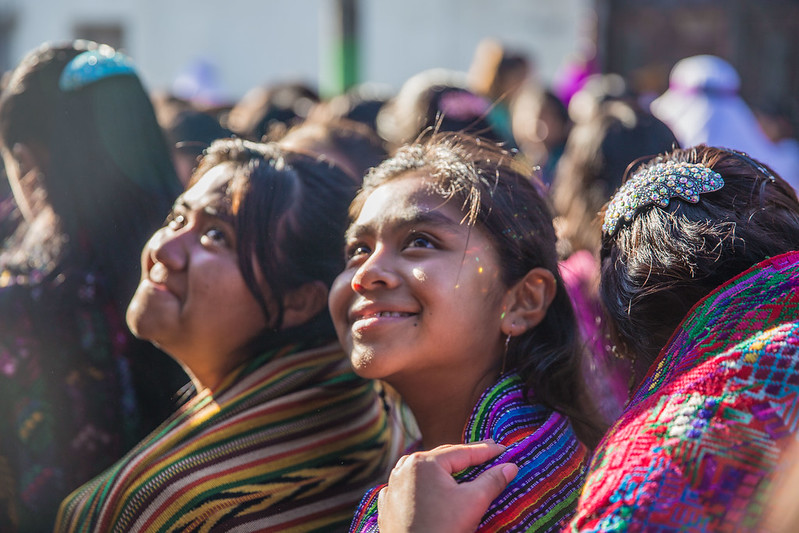 As the 1960 Guatemalan Civil War continued, military dictator José Efraín Ríos Montt targeted the indigenous populations of the country as part of his counterinsurgency tactics from March 1982 to August 1983. His “scorched earth” policy led to the brutalizing of Indigenous Mayans, specifically those in the Ixil region. As few as 10% of Ixil villages remained by the end of 1983, and over 5% of the Ixil population was killed. The effects of the civil war and the genocide continue to be felt by the Ixil people—especially women, which is why MUIXIL works to empower Indigenous Guatemalan women.

The Effects of the War on Ixil Women

The Ixil region of Guatemala was specifically targeted during the civil war because of the indigenous population. As a result of the destruction of their villages, 29,000 Ixil people are estimated to have been displaced by the war. This displacement and destruction caused many Ixil people to lose their birth certificates and other forms of identification that are necessary for political participation in the post-war country, making it nearly impossible for many to vote in elections and creating widespread indigenous disenfranchisement.

The mass murders of Ixil people during the war widowed many women, making them solely responsible for providing for their families. This struggle was significantly more difficult for Indigenous women in Guatemala as they were often denied access to jobs and resources that could benefit them financially. Widespread poverty, malnutrition and the highest infant mortality rate in Central America at 23 deaths per 1,000 births are associated with the financial troubles of Ixil people.

Guatemala has one of the highest rates of femicide in the world, and in a two-year period ending in 2016, more than 2,000 women were murdered. Indigenous women are disproportionately affected by violence against women, which many researchers say is a result of the widespread violence against them and the lack of punishment for sexual and gender-based violence that occurred during the war.

The History of MUIXIL

MUIXIL was founded as Mujeres Sufridas de Area Ixil (Women Sufferers of Ixil) in 2003 to empower and support indigenous Ixil women, especially those who survived the civil war. The grassroots organization aims to promote the civil, political and economic rights of Indigenous Guatemalan women through the development of income-generating projects and a support system made up of other Ixil women.

MUIXIL partnered with MADRE, an international women’s empowerment nonprofit, to develop a weaving-collective for Ixil women. The project provides grants for women to purchase materials, such as yarn, that are needed to create products that can be sold at local markets. By selling their creations, these women earn additional income and learn entrepreneurial skills. The weaving-collective also preserve a culture that was nearly destroyed by the war as the women incorporate traditional designs into their creations. As of 2012, 45 women participate in the weaving-collective.

Also in partnership with MADRE, MUIXIL runs a sustainable chicken farming initiative. Indigenous women are given chickens to establish small-scale farms and grants to purchase the supplies needed for upkeep. At the end of 2010, 350 women participated in this project, supporting nearly 2,500 individuals. The initiative was later expanded in 2013 to three more communities with 50 additional women participating.

Like the weaving collective, the chicken farms provide Ixil women with income as they sell eggs at local markets. The chicken farming initiative also combats food insecurity in Indigenous communities as it provides access to protein-rich chickens and eggs.

MUIXIL also hosts workshops to show Ixil women the importance of and teach the skills needed for political participation at the local and national levels. The nonprofit organization also assists Indigenous women with the legal system, “including in trials to hold perpetrators accountable for human rights abuses against Indigenous Peoples.” Women seeking the recognition of their human rights by the government are accompanied by MUIXIL’s members for support.

During the 2012 session of the United Nations Human Rights Committee, MUIXIL advocated for the political rights of Indigenous women in Guatemala in the Report on Violations of Women’s Human Rights. In this report, the organization called out the national government for failing its constitutional duty to protect women and indigenous peoples by excluding them from the legal system. This exclusion takes on many forms, such as a lack of access to translators who are fluent in Indigenous languages, which effectively prevents many women from seeking justice. MUIXIL also provided recommendations in this report for how the government can better protect the rights of Indigenous women, including decreasing costs within the legal system, making courts more accessible by spreading them throughout the country and launching a program to document Indigenous peoples who were displaced or lost their forms of identification during the war to allow for more widespread political participation.

The Guatemalan Civil War witnessed genocide against the country’s Indigenous Ixil populations, leading to long-term consequences for these communities, especially women. MUIXIL combats the legacy of violence and discrimination against Ixil women by providing income-earning initiatives, political empowerment and a space where Indigenous Guatemalan women can find support and continue their cultural traditions.