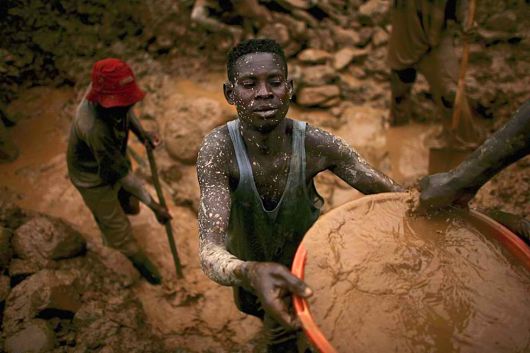 Thousands living in poverty and inhumane conditions are forced into slavery for their survival. Many of the victims are woman and children who flee countries in search of refuge but, instead, are captured by human traffickers and sold into what is known as modern-day slavery.

Many of those who end up in modern slavery rings are fleeing persecution in their native countries. This is a particularly prominent issue in African countries that neighbor South Africa. South Africa is a desired destination for many Africans who suffer from poverty and corruption in other countries. It is on their travels from other nations to safety that they unfortunately get sucked into the horrors of modern slavery in Africa.

Some children are forced into becoming child soldiers, while some, along with women, are sold into sex trafficking. Others are used to provide cheap or unpaid labor in agricultural work, factories or domestic work. The number of people enslaved are staggering, with approximately 193,000 in Ghana and about 762,900 in the Congo.

It is important that, instead of just ignoring modern slavery like many have been, we know the power we have in ending slavery around the world. Modern day slavery has been uncovered everywhere, even in the United States in the last 15 years. Ignoring the horrific acts just won’t do.

How can we not only show that we do not support this atrocity but also want to work towards its end?

Many enslaved people are those who make the products we use every day. This includes agricultural goods, clothes and other items. Many who use slaves use other terminology in order to hide the atrocities. Many people are enslaved to make clothes and products in factories, working for inhumane hours at a time for either very little or even no pay. There are ways for consumers to research quickly online about where their products come from and how those who make the clothing are treated.

Much of this information is provided by advocacy organizations that have dedicated time and research into finding these victims.

There are many organizations that work to find and free enslaved individuals, while also dismantling groups that enslave them. One international organization is “Free the Slaves.” Free the Slaves is an advocacy group that speaks for those throughout the world who have fallen victim to such atrocities.

For more information about how everyone can make a difference and end modern slavery in Africa, go to www.freetheslaves.net.

Acehnese Fishermen Save Stranded RefugeesWhy is Disability in Africa Increasing?
Scroll to top