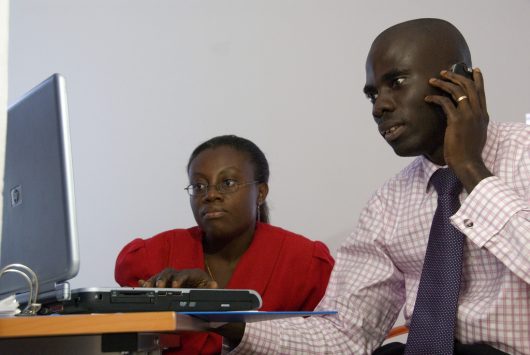 Founded in 2009 by Julia Kurnia, Zidisha is a virtual microfinance platform that seeks to combat poverty in developing countries by directly connecting lenders to entrepreneurs. To date, Zidisha has raised more than $10 million in microloans.

Zidisha, which means “grow” or “expand” in Swahili, is the first virtual microfinance service to eliminate the use of local intermediaries to disburse loans to companies in need. The Virginia-based nonprofit follows a platform similar to that of eBay, in which entrepreneurs post public loan requests for lenders across the world to access. This streamlined process is both cost-effective and convenient for emerging entrepreneurs who seek capital to accelerate their businesses.

Zidisha is not the pioneer of virtual microfinance. However, its distinctive feature is its commitment to lower fees and rates for entrepreneurs. Similar organizations such as Kiva make use of “field partners” who often distribute loans at interest rates of more than 35 percent to pay for administrative costs. Zidisha’s flat interest rate of five percent means that borrowers can retain more money to reinvest in their ventures.

The nonprofit has been a highly successful means of growing businesses in 11 developing nations. According to its website, lenders on Zidisha have fully funded more than 70,000 unique projects.

Developing countries are quickly adopting recent technological advances and joining an increasingly interdependent world. According to a Pew Research study, 54 percent of adults in emerging and developing nations described themselves as “Internet users” in 2015, a rise from 45 percent in 2013. However, in the same countries, formal job markets are inadequate and local banks are seldom financially helpful.

Thus, the use of cheap and effective microfinance is critical to spurring economic growth in emerging countries. Developing economies inevitably benefit from microfinance because entrepreneurs can use loans to pay for expansions, renovations, inventory and, most importantly, new employees.

Other virtual microfinance platforms could follow Zidisha’s cost-effective system of lending. If these platforms truly value charity and philanthropy through the form of financial support, they should recognize that the use of third parties to disburse loans poses a financial burden on emerging companies that cannot afford to accumulate thousands of dollars in unpaid interest.

People in developed nations should embrace the unique power of virtual microfinance. It is a viable, even profitable, form of philanthropy that has tangible effects on the crisis of world poverty. Using microfinance as a means of alleviating global economic distress will directly result in more jobs, profit and prosperity for those in need.