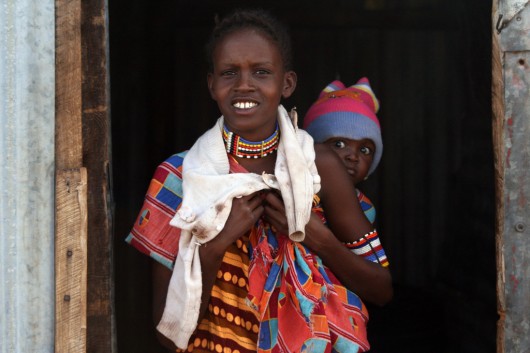 In the United States, Massachusetts Institute of Technology (MIT) and Yale University partnered by conducting an experiment using the concept of the “big push” theory in relation to extreme poverty.

With positive results, the ivy league universities can improve the experiment, helping more people around the world suffering from extreme poverty.

Originally, the big push theory was an economic term coined by Paul Rosenstein-Rodan in 1943.

In relation to the economy, Rosenstein-Rodan proposed, “That even the simplest activity requires a network of other activities and that individual firms cannot organize such a large network, so the state or some other giant agency must step in.”

The MIT-Yale partnership used the basic concept of the big push to conduct their experiment.

Between 2007-2014, 10,000 households in Peru, Pakistan, India, Honduras, Ghana and Ethiopia were given the graduation program, a resourceful package that included a stipend for food and money, income in the form of bees or chickens, health care, advice for saving money and regular visits to reinforce the skills and accountability.

The goal was to give these families the initial “push” and a sense of stability so they could carry on positive habits even after the experiment concluded.

“The results show that three years after the intervention, hunger is down, consumption is up, and income is up,” says Abhijit Banerjee, the Ford Professor of International Economics at MIT, and a co-author of the paper detailing the findings.

With positive results, governments around the world are considering giving the program a try.

In regards to the original big push theory, MIT and Yale University can further improve their experiment with more partnerships including other U.S. universities.

With more partnerships, the experiment can gain more funds and a larger pool of volunteers.

For many college students, especially ones majoring or interested in the nonprofit sector, being part of this type of experiment would give them real-world experience and a once in a lifetime opportunity. In this way, students can play a part in helping end extreme poverty by 2030.

With the original MIT-Yale partnership, there was hope for people who believe extreme poverty is not savable. Now, a larger network can be created to make further impacts, turning the “big push” into a “big leap” toward the end of extreme poverty.