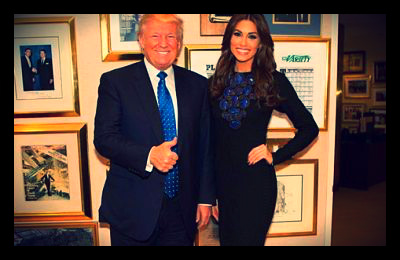 Venezuela possesses the largest known oil reserves in the world but nearly 60 percent of its population is considered poor. Inflation continues to plague the country, rising to over 50 percent in the last year alone. And the current exchange rate has fallen to 6.3 bolivars for each U.S. dollar.

In an effort to combat the economy, President Nicolás Maduro mandated that prices be lowered in stores around the country. The mandate is the result of the government’s recent decision to grant Maduro power to rule by decree without legislative support.

Moreover, the country’s national debt has increased in recent years. Recent figures estimate that Venezuelan business owners owe between $700 million and $1.2 billion to their Panamanian suppliers.

In spite of its economic woes, Venezuela has continued to lend support and resources to maintain its participation in the Miss Universe pageant. Isler became the seventh Venezuelan to win the coveted title on November 9.

Along with the other contestants, Isler stayed at the Crowne Plaza World Trade Centre in Moscow whose accommodations cost between 6,500 to 95,000 rubles or $197 to $2,900 USD per night. Several candidates arrived as early as October 21 to prepare for the event.

The 86 participants also enjoyed products from a variety of luxury sponsors including IMAGE skincare, Yamamay swimsuits and Chinese Laundry shoes.

As the newest Miss Universe, Isler was asked to unveil a $1 million swimsuit designed by Yamamay for the occasion.