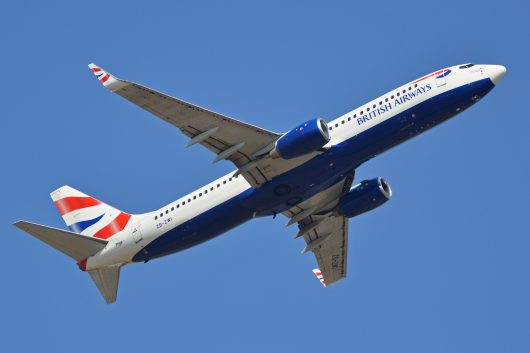 One sign of the rising middle class in emerging countries is the optimistic projection for the global airline industry. An industry study conducted by analyst DKMA indicates that airline passenger traffic should double by 2035. More than half of the eight billion additional passengers will come from the Asia-Pacific, and 70 percent of future traffic growth will come from the new middle class in emerging countries as more people leave poverty.

The airline industry will be the latest to catch the rising wave of the global middle class. Other “connection” industries that are riding this wave include the cell phone industry, with seven billion devices in use around the world, and the internet, with 3.2 billion people connected to it and each other, according to the Wall Street Daily. In fact, internet users in developing nations outnumber those in developed nations two to one.

Middle class growth drives economic change as people leave poverty. Just 25 years ago, one-quarter of the population of emerging countries lived in extreme poverty, getting by on less than $1.25 per day. Today, that number has been more than halved. Just 10 percent live in extreme poverty. In the last two years alone, 100 million households in emerging countries moved from poverty to the middle class, according to a report by Credit Suisse.

The global middle class now numbers more than 1.8 billion. If current trends of falling poverty continue, the middle class will reach 3.2 billion by 2020 and 4.9 billion by 2030, according to the OECD Observer.

Consistent with the airline study projections, most of this growth is projected to take place in Asia. Asia is anticipated to be responsible for 66 percent of the global middle class population by the end of the next decade, up from 28 percent at the end of the last decade, and the continent will account for 59 percent of all consumption by the middle class, up from 23 percent.

The OECD reports that over the next 20 years, the Asia-Pacific market is projected to grow at a 5.3 percent rate; the Middle East, at a 5.2 percent rate, and Latin America and the Caribbean at a 4.7 percent rate. Further, there will eventually be more passengers on planes from emerging countries such as India and Indonesia than from long-time market leaders Japan, Germany and the United Kingdom, according to DKMA.

The booming air traffic economy in emerging countries could have positive economic effects on the ground. Airports will need to invest in new construction or renovations and increase staff and services to keep up with the greater demand. This economic trend has the potential to further influence global poverty rates in the future, demonstrating the way positive progress toward ending global poverty continues to impact the world.