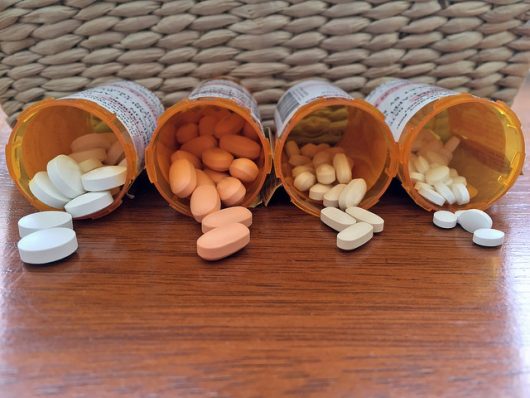 With the slow decline of disease worldwide, initiatives on global health in recent years have begun to focus on mental illness in the developing world, a leading cause of disability worldwide that affects millions. It was only in 2014 that the World Health Organization (WHO) published its first and only report on the global imperative of reducing suicide and mental illness in general.

With this recent attention, it is important to examine the mental wellbeing of individuals not just in prosperous first world nations, but in developing countries as well. Doing so reveals a clear link between nations with high levels of poverty and poor economic conditions and those who suffer from mental health issues. Examining this link not only makes clear the underlying causes of depression, but it also suggests that the alleviation of global poverty could serve as a part of the solution to the ongoing mental health epidemic around the world.

In its 2014 report, the WHO found that the two most significant determinants of mental illness in the developing world, especially depression, are an individual’s physical health and whether or not one is living in poverty. The same study also noted that this relationship is most pronounced in developing countries, which threatens to stagnate the slow improvement of global progress improving poverty worldwide.

Though it is unlikely that poverty is a direct cause of mental health issues, many of the resulting side effects of poverty likely contribute to depressive symptoms. For example, those living in poverty, especially in developing countries, are far more likely to be malnourished than people who are better off economically.

Those in poverty also suffer from higher levels of stress and from more human rights violations than wealthier individuals, which can contribute to long-term mental health issues and disorders such as post-traumatic stress disorder (PTSD), major depressive disorder and dysthymic depression.

There are other problems that those with mental health issues in poverty face, problems that are accentuated in developing nations by poor infrastructure and slow economic growth. “[Those in poverty] are subjected to stigma and discrimination on a daily basis, and they experience extremely high rates of physical and sexual victimization,” explained the WHO’s Department of Mental Health and Substance Abuse.

Such individuals are also less likely to be able to access treatment, as many developing countries with poor economies also have poor medical infrastructure and are unequipped to handle physical diseases, let alone the complex treatments and resources required to address mental health.

Thankfully, there are some solutions available to address the issue of global poverty and specifically to alleviate mental illness in the developing world. An increase in foreign aid spending (which currently makes up less than 1 percent of the United States’ federal budget) could strengthen medical infrastructure and lower poverty rates in the developing world.

When investing in medical access, it is also important for developing countries to emphasize improving mental health as well as physical health, and to remove many of the negative stigmas that surround the issue. This kind of assistance could create a positive environment where those who suffer from PTSD and major depressive disorders are encouraged to seek help and support from the medical community and their peers.

Though it is often disregarded as insignificant, mental health is extremely important to the continued development and improvement of humanity. Alleviating global poverty and increasing education on mental illness in developing countries should be part of any solution to what has become a global epidemic.