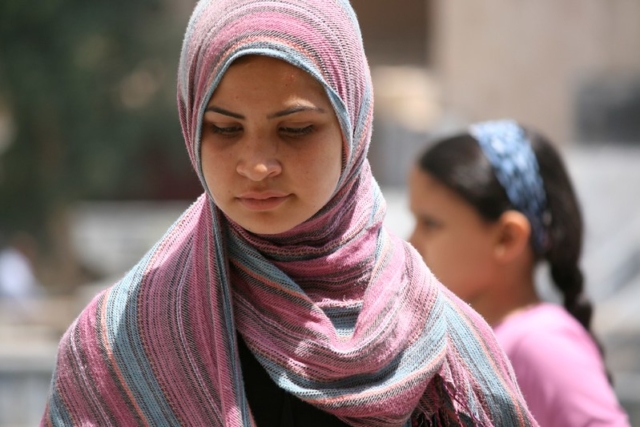 Amid conflict and war, Syrian women face a forgotten but significant issue: a lack of access to menstrual products. Despite its natural occurrence, periods are a source of shame and taboo in many countries, including Syria. Those living under siege in Syria are forced to live without basic necessities such as clean water and feminine hygiene products.

An article in the Independent newspaper details the interview of a 23-year-old named Huda living in a small village called Saqba, outside of Damascus, under strict government siege since 2013. She explains that there are hardly any menstrual products available for citizens of Saqba; any products available are marketed with prices so high that women are forced to choose between pads and food. As a result, Huda decided to use an old rag she found instead of buying menstrual products. This decision ultimately led to gynecological infections. Evidently, this is an issue that comes with deadly consequences, especially because many Syrians cannot afford proper medical treatment. Those who can afford to see one of the few gynecologists in the area will be prescribed medicine, a commodity usually unavailable in sieged regions.

More than 860,000 Syrians live under government siege, lacking basic necessities such as menstrual products and food. The shortage has led to the adoption of “the traditional method,” meaning women reuse old rags, pieces of mattress or even moss and grass as an alternative to menstrual products. The lack of clean water or fuel to boil water has also made it impossible to clean these rags properly, leading to infections.

Along with menstrual products, cramps are a source of distress for a majority of women who have periods. Without access to painkillers or heating pads, women are sometimes confined to bed rest or in constant agony during their period. Additionally, Global One conducted a study in refugee camps in Lebanon and Syria and found that almost 60% of Syrian females do not even have access to underwear. An even higher amount do not have access to feminine hygiene products.

The Taboo of Periods

The taboo of periods has only added to the mounting struggles that Syrian women face surrounding their menstrual cycles. In the Independent newspaper, many interviewed Syrian women even asked to be referred to under a pseudo name to protect their reputation while discussing their periods. To add to this, the anxiety of war and loss can lead to skipped periods or more heavy bleeding, further exacerbating the issue.

Many women in refugee or displacement camps do not leave their homes due to fear or shame; this fear intensifies when they do not have any menstrual products or a way to hide the bleeding. This can lead to social isolation and difficulty integrating into society. In addition, lacking access to menstrual products not only impacts women physically but can also affect their mental health.

Many aid packages sent to Syria now include sanitary items. However, it is still not enough to help the millions of Syrian women in desperate need of these essential menstrual products. Along with this, sieged areas have limited access, with many nonprofit organizations unable to gain entrance to areas under government control. In 2016, the United Nations Children’s Agency successfully delivered 84,000 pads to Syrian women. While this seems like a significant amount, it hardly scratches the surface of the necessary amount of menstrual products.

An estimate from 2016 assumed that if one-third of the sieged population (860,000 as of 2016) were female, they would need more than 10 million pads annually. According to the World Bank, in 2020, 49% of the Syrian population was female. Since the sieged population has increased, the need for sanitary products is more prominent than ever.

The main obstacle in the path to safe menstrual hygiene for Syrian women is that many people do not view menstrual products as a priority, mainly because it only affects women.

Days for Girls to the Rescue

An organization in Lebanon has spearheaded an initiative to give these women a safe and affordable way to obtain menstrual products. Days for Girls (DFG), founded by Celeste Mergens in 2008, supports girls who do not have access to sanitary pads. The organization reaches 128 countries, the first location being Lebanon. These efforts focus on helping the 1.14 million Syrian refugees living in Lebanon. Not only does DFG provide sanitary pads for girls who need them but it also helps provide young women with a source of income by educating girls on pad production lines during an eight-day training session. The training aids young women by giving them a stable source of income and specialized skills that they can use in the future.

Arguably, one of the most significant impacts of DFG is battling the stigma that surrounds menstruation and teaching girls that periods are not a source of shame. DFG also focuses on creating reusable cloth pads that can last up to three years, helping reduce the amount of waste created by pad disposal. This benefits both the environment and the Syrian refugees in need of feminine hygiene products.

While the situation may seem bleak, organizations like DFG are continuously working to help Syrian women obtain the help they need. Through efforts made by DFG and others with similar missions as well as raising awareness of the issues, the international community can eradicate period poverty in Syria.