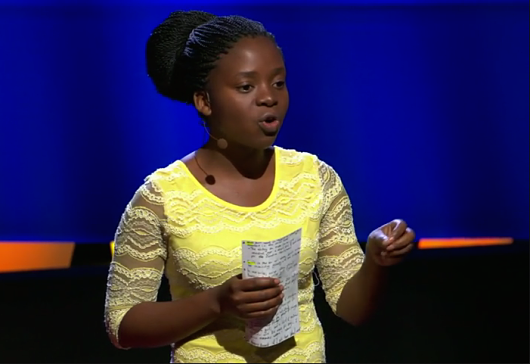 Girls not Brides reports that “over 700 million women alive today were married as children” and that “1 in 3 girls in the developing world are said to be married before 18.” Malawi is the worst offender for child marriage as one in two girls in Malawi are married before 18, many of them married even well before the age of 15.

Such young marriages are a cultural custom, but it is at the expense of the girls involved. When girls become pubescent, they are sent to cleansing ceremonies where girls as young as nine are taught how to sexually please a man, even being forced to engage in sex with an older man to become cleansed from their “childhood dust.” Many girls often leave the ceremonies infected with HIV/AIDs, or even pregnant.

Since pregnancy and marriage are forced on girls at such a young age, most girls drop out of school and remain uneducated. If a girl becomes pregnant at the ceremony, it is normal for that girl to be forced into a marriage immediately. Divorce is also quite high; it is not uncommon for a 16 year-old to have several children and a divorce or two as well.

Such is the story of Memory Banda’s sister and many other girls in her country of Malawi, but not for Memory herself. She was determined not go to a cleansing ceremony, but, rather, to finish her education. She not only finished her education, but also went on to become a champion for girls’ rights in Malawi.

She was part of a writing workshop for girls, where the girls shared their experiences of the cultural practices they faced. The Girls Empowerment Network Malawi (GENET) compiled and published these accounts as “I Will Marry When I Want To!” Memory recently gave a TedTalk in May 2015, describing the culture she grew up in and the challenges that young girls face in Malawi, as described above.

Memory has also specifically lobbied her government for new laws regarding child marriage and has spoken at a UN event. Her platform, in conjunction with GENET, focuses on bringing awareness to the dire women’s rights’ issue in Malawi and has helped legislation change in Malawi.

In early 2015, an official law was made that raised the legal marrying age to 18. In a country where child marriage is a cultural norm and abuse against women often goes unreported in an effort for families to save their reputations, this ruling is a monumental achievement. Girls, and their education and well-being, are being given the recognition and respect that they deserve in the legal system.

There is a stipulation in the new law that children aged 15-18 may still marry with parental consent, and there is worry that illegal marriages will still take place. Also, now the police force must enforce the law, a fact that could meet resistance in areas. But legislation is starting to move the issue in the right direction; girls are being given a fighting chance to have a life of their own.

Memory Banda and the girls brave enough to stand with her are taking back their rights to choose marriage when they are ready. Those girls who have suffered through a child marriage, like Memory’s sister, are ready to give their own children a different fate. Ripples of change are moving through Malawi culture thanks to Memory Banda and those who stand for women’s rights.