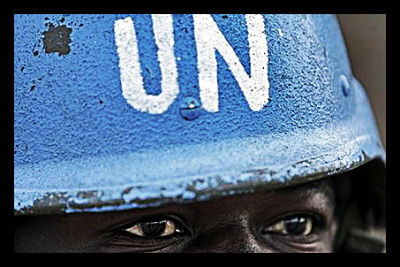 This is the eighth, and last, in a series of posts focusing on the UN’s Millennium Development Goals. The MDGs are a set of eight goals agreed upon by almost every country in the world, based on a shared commitment to improving the lives of all people. These targets are to be achieved by 2015 and, two years out from this goal, it is important to recognize how much progress we’ve made and how much we have left to do.

The final MDG is made up of six criteria that aim to establish a global partnership for development. Progress with regard to these targets has been uneven and gradual. The criteria are:

The first of these targets, to more fully establish a fair and effective trading and financial system, has been stagnated by protectionist policies put in place by developed countries. Such measures became more prevalent following the economic downturn in 2009, and they continue to affect an estimated 3% of global trade. This trend exists even among G20 countries that pledged to resist such measures.

The special needs of least developed countries have been minimally addressed, as measured by the criteria laid out in the MDGs. With the important exception of agricultural products, tariffs imposed by developed countries on developing countries have remained mostly unchanged since 2004. Aid to sub-Saharan Africa fell by almost one percent in 2011. In contrast, during that same year, aid to Northern African countries increased after springtime revolutions. These figures resulted in an overall increase in aid to the African continent. Debt relief initiatives have been fairly effective for some poor countries plagued with debt. However, 20 developing countries are still at high risk of debt distress.

In regards to the third criterion, there is still a lot of progress to be made. Aid designated for landlocked developing countries actually decreased in 2010, representing stagnation in the goal of meeting the specific needs of such countries. On the other hand, aid to small island developing States increased significantly. These countries are especially vulnerable to rising sea levels due to climate change and turbulence in international economic interactions. This means that, although some of them could be classified as middle-income countries, they are often highly indebted and in need of assistance.

Many deaths in the developing world could be easily prevented with essential drugs. MDG 8 aims to provide such drugs to developing nations at affordable prices with the help of pharmaceutical companies. This initiative has proven fairly effective. Despite the economic downturn, resources aimed at providing necessary medicines through global health funds focused on specific diseases increased in 2011. Work still needs to be done in order to translate this increase in funding into improved affordability and availability of these medicines in developing countries.

In order to rise out of poverty, developing countries will need improved access to technological advances, especially when it comes to information and communications. MDG 8 aspires to provide this access by working with private sector companies. Efforts on this front have yielded significant improvements. The use of mobile phones is on the rise, with 6 billion phones in use as of 2011. Although a wide disparity between the developed and developing world in regards to internet use remains, it is decreasing rapidly. The proportion of internet users residing in the developing world increased from 44% in 2006 to 63% in 2011. However, progress has varied greatly between regions. For example, less than 15% of people in sub-Saharan Africa have reliable access to the internet.