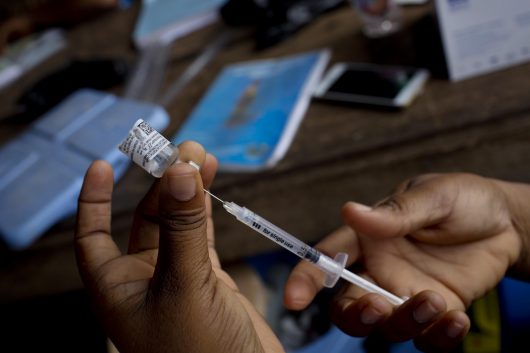 Maternal immunization is a necessary solution to reduce mortality rates for newborns as well as pregnant women. These vaccines must be monitored for safety and effectiveness. Systems must also be enforced to make the change, especially in low and middle-income countries, as the neonatal (first 28 days of life) period mortality rates are significantly higher in developing countries. 99 percent of all neonatal deaths occur in low and middle-income countries. Vaccinations in a pregnant woman protect herself, the fetus, and the newborn by transferring maternal antibodies across the placenta, guarding them both against life-threatening infections.

A system that identifies, evaluates and responds to the potential events after immunization is called the Pharmacovigilance system. This system is vital for pregnancies but unfortunately, it is still uncommon in developing countries. Fortunately, however, GAPPS (Global Alliance to Prevent Prematurity and Still Birth) and the Bill and Melinda Gates Foundation have created a report that discusses the monitoring of existing systems for safety,  identifies the gaps, and outlines a plan to implement this program in low and middle-income countries.

The analysis brings in a range of organizations including the WHO (World Health Organization), UNICEF, and MNCH (Maternal, Newborn and Child Health) to develop the strategy further. The report also discusses key necessities such as the need for regulations, response to events including the health of pregnant women and their offspring, training in the Pharmacovigilance system, model creation of dates, and linkages between the systems and collaborators.

If a pregnant woman is at a high risk of being exposed to any diseases that would be a high risk to both her and the fetus, the benefits of maternal immunization would typically outweigh the risks. The two vaccinations for pregnant women that are most encouraged are whooping cough (Pertussis), and the flu (Influenza) vaccines. The whopping cough can be life-threatening for newborns, but with the vaccine, the body will produce protective antibodies for the mother and the baby which protects against whooping cough. The flu vaccination is a necessity for pregnant women because they are more susceptible to the virus with the changes in their immune system, heart and lungs. If a pregnant woman catches the flu it can potentially cause serious problems for the fetus including premature birth.

With these systems and an increase in maternal immunization, pregnant women can have confidence in their pregnancy and labor as well as lower the global maternal and newborn mortality rate.