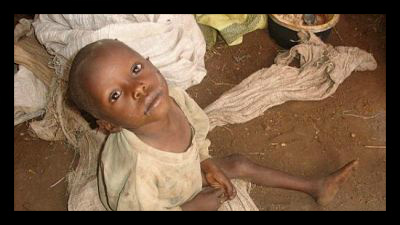 Even though the civil war in Liberia ended in 2003, the effects of that war still affect their infrastructure today. One of the most concerning side effects is malnutrition, as a study from 2012 recorded that 35.8 percent of Liberia’s citizens fell under the category of malnourished. A large number of those citizens are just children. The U.N.’s World Food Program reported in 2010 that 41.8 percent of children under the age of five years old were considered stunted due to malnourishment.

“Stunted” can mean a variety of health problems: hindered growth, a weak immune system, a smaller IQ, blindness, brain damage and eventually death. Not only does Liberia lack the proper means and knowledge to nourish their bodies, they also struggle with gaining access to clean, safe drinking water. When faced with unclean water and other unhygienic practices, children can easily develop diarrhea which makes nourishment an even harder goal to reach.

Another contributing factor to malnutrition in Liberia is teenage pregnancy. They have one of the highest teenage birth rates in the entire world. Thirty-eight percent of girls are pregnant or mothers by age 18. This high birth rate can be attributed to the poverty Liberia faces, which in turn affects their education and resources.  Fifteen percent of these mothers are malnourished themselves, impacting a child before he or she is even born.

Organizations are attempting to fix this issue by teaching Liberians about contraception, hygiene, agriculture and the importance of breastfeeding. There is a trend where young mothers in Liberia do not wish to breastfeed for cosmetic reasons. Other charities are providing milk, folic acid and other medical treatment to Liberian’s malnourished, particularly the babies. Once a baby starts to become stunted due to malnourishment, it is difficult to reverse the process.

Those providing aid to Liberians hope to stop this epidemic. While there are many other issues resulting from the poverty in Liberia, malnutrition is dramatically altering and even ending lives. With some small changes to their nourishment practices, a large percentage of lives can be saved.

USA for UNHCR Education in Suriname
Scroll to top