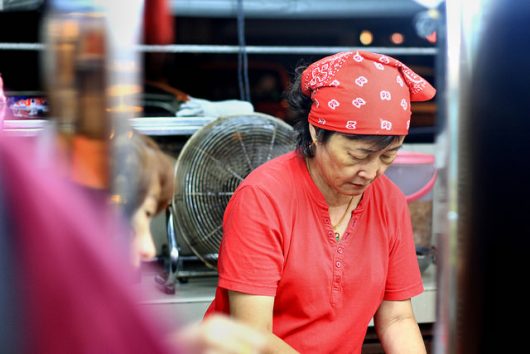 According to one of the most recent reports by the World Bank, Malaysia has had an inclusive economic growth rate of about 7 percent annually for the past 25 years. Since this growth has been inclusive, Malaysia has been successful at nearly eradicating poverty in the country. This makes the Malaysia poverty rate comparatively low—less than 1 percent of Malaysians live in extreme poverty.

How is it that the Malaysia poverty rate can be so low?

The answer to that question is multifaceted.

Firstly, it has to do with the economy. In the 1970s, the industry in Malaysia shifted from being based in the production of raw natural materials to a more diversified economy. Malaysia started to export electronic appliances and parts, palm oil and natural gas.

The second reason why the Malaysia poverty rate is low is because of the population that has benefited the most from the recent economic growth. The Malaysian government has shifted its focus to address the households in the lowest 40 percent. These “bottom 40” households saw a growth of 11.4 percent from 2009 to 2014. That is compared to the 7.9 percent growth of the total population of Malaysia.

However, because of the focus on the lower income households, many people in the middle class have been left out. According to an article by Malaymail Online, some have even fallen into what is considered poverty. Much of this is due to the high inflation rates per year versus the lack in increase in household income.

In the past, the rising incomes and low cost of living allowed the middle class to thrive in Malaysia. However, as of 2012, inflation started to increase. Thankfully, in the past year the inflation has dropped from around 5 percent to 3 percent.

The future goal of Malaysia as a nation is to reach high income status by 2020. With an economic growth of 7 percent annually for the past 25 years and the Malaysia poverty rate at an all-time low, this number seems realistic and attainable.