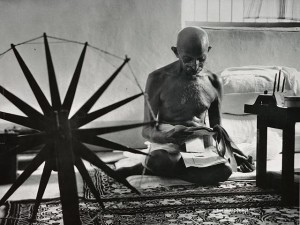 A new report by the Ministry of Rural Development (MoRD) and the National Council of Applied Economic Research (NCAER) in India is calling the Mahatma Gandhi National Rural Guarantee Scheme a success, though maybe not quite as large of one as was hoped.

Using data from two rounds of the India Human Development Survey (IHDS) which involved more than 26,000 rural Indian households, the surveyors determined that the MGNREGS program helped reduce poverty by up to 32 percent and kept an estimated 14 million people from falling into poverty.

While overall economic growth contributed significantly to the reduction in total poverty, and the impact of the program is smaller than hoped, the authors of the study said the Mahatma Gandhi National Rural Guarantee Scheme did play a significant role in lowering the overall poverty level.

The researchers found that the program did not add days of employment in rural economies, but did succeed in pulling workers into more productive lines of work, thereby increasing overall incomes. The program, which works to ensure at least 100 days of paid employment each year, also proved to be a powerful tool for providing women with employment opportunities.

An estimated 45 percent of the women enrolled in the MGNREGS program had either never worked, or worked only on the family farm. “This may well be the first opportunity many women have to earn cash income,” said the authors of the report. Female employment not only creates greater overall family incomes but increases women’s control of resources, giving them greater independence.

Children from MGNREGS households also saw direct benefits the report found, with them being more likely to obtain higher education than their non-MGNREGS peers. One reason for the disparity, the researchers offered, was that children in non-enrolled households were more likely to be working instead of attending school.

The one thing holding back the program, according to the report, is work rationing, the issue MGNREGS has with meeting the high demand. Despite high interest in the program, erratic funds and trouble implementing them has left the program with high levels of unmet demand, said Jugal Kishore Mohapatra, secretary at the Ministry of Rural Development.

Despite uncertain results, the Mahatma Gandhi National Rural Guarantee Scheme, also known as the Mahatma Gandhi National Rural Employment Guarantee Act, has been hailed by the Indian government as “the largest and most ambitious social security and public works program in the world.” In 2014, the World Development Report referred to the program as a “stellar example of rural development.”

So, while there have been bumps in the road, the Mahatma Gandhi National Rural Employment Guarantee Scheme has shown itself to be a successful venture, with much room to grow, and a lot of help to offer India’s poorest.