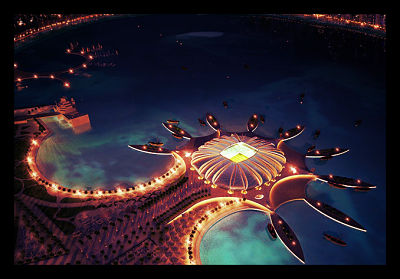 Conventionally, the bestowal of pride that follows a host nomination for a future World Cup invigorates a country; in Qatar, it has nearly broken it. The working conditions of those preparing for the 2022 event, most of whom are migrant workers, have exceeded the already poor conditions of such labor in the Gulf States, causing shock throughout the world.

In the past few weeks alone, dozens of Nepalese laborers have died, while countless others face terrible abuses on a daily basis. Over the broader span of this past summer, the Nepalese workforce in Qatar averaged one death a day, many of which were due to heart attacks, rare occurrences in young men. Tellingly, the condition of the Nepalese—the largest labor group in Qatar—tells a greater story of all workers: that of modern-day slavery.

In an interview with The Guardian, one worker described the precariousness of his situation: “I’m angry about how this company is treating us, but we’re helpless. I regret coming here, but what to do? We were compelled to come just to make a living, but we’ve had no luck.”

Tellingly, in addition to the continual threat of death, other injustices have characterized their stay in Qatar. For example, many laborers allege that their wages have been withheld for months in order to stop them from running away. Some employers even steal passports and ID cards, making it impossible for workers to obtain the legal or political aid they deserve.

Despite the slyness of many Qatar labor schemes, some are just basic infringements of human rights. Many laborers have recalled being refused water, despite working in some of the world’s most brutal heat. Such cruelty directed at largely Nepalese laborers underscores the broader context of the 2022 World Cup: one in which an extremely wealthy country exploits a vulnerable labor force from an extremely indigent one for material aims.

In a recent interview, he stated with avidity: “It’s not a World Cup being built on the blood of innocents. That is unacceptable to anybody.”

The intended efficacy of labor reform remains, until now, unseen. The world urges Qatar to quickly and adequately address the gross human rights injustices being done in the name of sport and materialism, setting an example by valuing human life, regardless of one’s background or occupation. If these issues are not addressed, the 2022 World Cup will reflect the horrors of Qatar rather than its immense beauty.