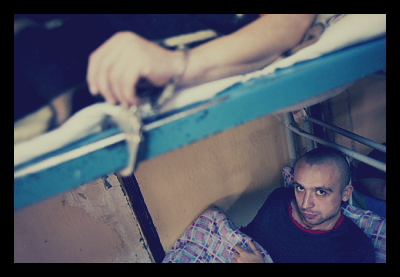 Krokodil, a flesh-eating morphine derivative intended to imitate the effects of heroin, has been attracting international intention for its devastating flesh-eating effects.

Krokodil is easily made with common household chemicals. It includes codeine and a combination of iodine, paint thinner, lighter fluid and hydrochloric acid that only need to be cooked for 30 minutes.

Although its short-term effects are pleasant – a heroin-type high sans nausea – repeated exposure causes users’ skin to become scaly, then rots their flesh from the inside out. The average lifespan of a krokodil user is 2-3 years.

The drug, a homemade variant of desomorphine, has sedative and analgesic properties similar to those of morphine. Desomorphine was originally patented in 1932 by Frederick Small Lyndon, after which it was widely distributed in Switzerland under the brand name Permonid.

Although krokodil was developed decades ago, it has only gained notoriety in the past few years – not until this past month has krokodil shown up in the United States. The krokodil trend first took off in Russia, where a stuttering economy has caused widespread clandestine manufacturing of the drug in order to meet demand for a cheap heroin substitute.

Opiate addiction is rampant in Russia, partially because of its proximity to Afghanistan. The Huffington Post reports that Afghanistan provides Russia’s 2.5 million heroin addicts with 70 tons of heroin each year – accounting for more than 20 percent of annual global drug consumption.

Many of the country’s poor, seeking an affordable way to sustain their addiction, have turned to krokodil as a heroin substitute. The drug is especially pervasive among homeless people and prostitution rings. New York’s Office of Alcoholism and Substance Abuse Services estimates that 1 million Russians now use krokodil, equivalent to 40 percent of the Russian population already addicted to heroin.

Krokodil is deceptively lethal. Many users falsely assume that the cooking process removes impurities from the drug. This is not true. Even after cooking, the drug retains chemicals that almost immediately cause the body to deteriorate. The drug’s use is most prevalent among poor people already addicted to hard drugs.

Because the krokodil trend is relatively new, health professionals do not fully understand the drug’s long-term effects. They continue to investigate as new victims are hospitalized. However, because krokodil is usually homemade and has ingredients that vary by manufacturer, the effects of krokodil will vary case-by-case.