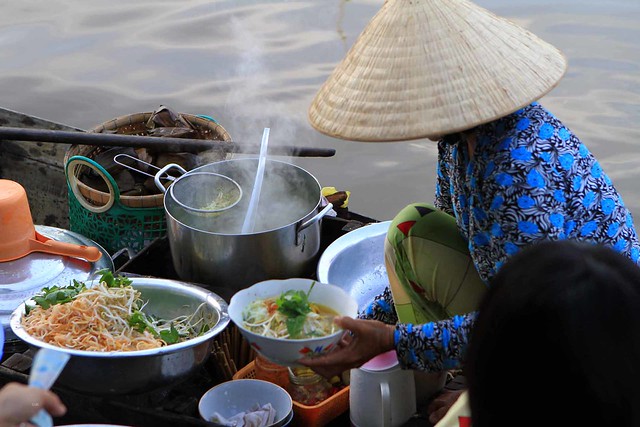 The S-shaped country of Vietnam has many picturesque sights to behold. Rice paddies stretch out over the Mekong and Red River Deltas that run through the country. Vietnam’s geography includes hills and various elevations with only 20% of the country being flat. Despite the beauty of Vietnam, the people in the country find themselves in need of aid. Since 2005, Ireland has been providing much-needed assistance to Vietnam. Ireland’s Department of Foreign Affairs and Trade runs the Irish Aid Programme. Irish Aid in Vietnam has provided various forms of assistance for the Vietnamese people.

The aid that Ireland offered to Vietnam has given support to numerous sectors within the country. Sectors working with Irish Aid include human rights, agriculture, education and health. From 2011 to 2016, Irish Aid spent 17 million Euros on its Vietnam Country Strategy. One goal that the organization is working toward is the inclusion and provision of sustainable development for the various ethnic minorities that live in Vietnam. The largest of all the ethnic groups in Vietnam is the Kinh, otherwise known as the Viet. There are 53 other ethnic groups outside the Kinh that vary in how much of Vietnam’s population they make up.

Results of Irish Aid in Vietnam

Vietnam has made many improvements in various areas over the years. Life expectancy in Vietnam rose from 70 years to 76.25 just from 2005 to 2016 according to the World Bank. The stunting rate for children under the age of 5-years-old in Vietnam declined by 5% in only five years. In 2010, the stunting rate was at 29.3% and by 2014, it declined to 24.9%. Some of the work of Irish Aid in Vietnam has benefited the Vietnamese people as well. For one, the program was able to finish 60 different infrastructure projects that improved living conditions for the various ethnic minorities residing in Vietnam. Irish Aid also assisted with landmine removal across a distance of 879,431 meters.

Irish Aid held 132 landmine education sessions that taught about the dangers of landmines in Vietnam. These sessions helped to educate 38,124 children. Lastly, Irish Aid helped 400 people with disabilities in gaining employment or an improved living situation.

Despite the hardships for the people living in Vietnam, Irish Aid continues to assist. Not only has the organization provided aid, but its work has and is having a positive impact on the people of Vietnam.