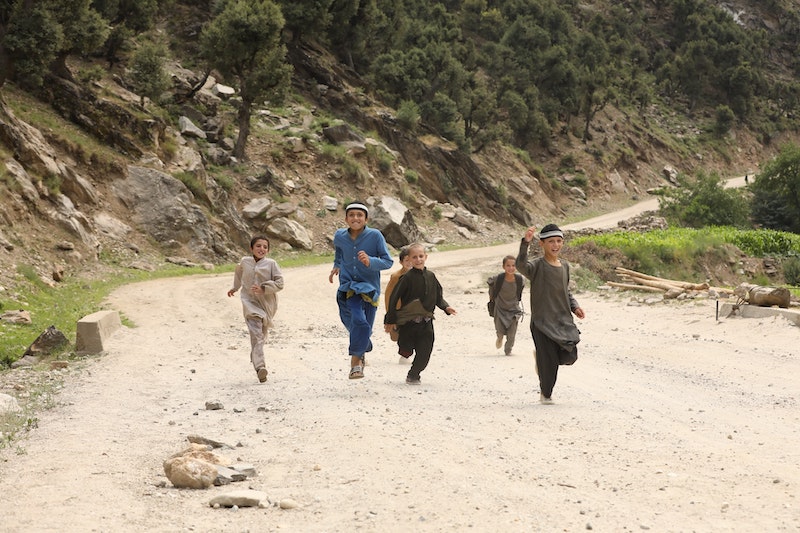 Colm Brophy, Minister for Overseas Development Aid and Diaspora, announced an additional €2 million in Irish Aid support less than two months after the initial €1 million, crediting the severity of the “rapidly deteriorating humanitarian [need] in Afghanistan” as the reason for the additional support. In children under the age of 5 years old, there is a high level of food insecurity and the risk of malnutrition. Minister Brophy stated in the press release that “One in three Afghans is facing crisis levels of food insecurity and more than half of all children under five are at risk of acute malnutrition.”

The aid that Ireland is providing has the potential to save lives and serve as a model for other countries to follow. Showing the actual impact of aid on Afghan refugees can also spark a positive reflection on the Afghan community, rather than the negative connection from recent conflicts.

Only a month prior, Minister of Foreign Affairs Simon Coveney announced €1 million in Irish aid for humanitarian needs in Afghanistan. This initial assistance was in addition to the €2 million that the HALO Trust, Afghanistan Humanitarian Fund (AFH) and Concern Worldwide received at the start of 2021.

The funds will go to UNICEF and the Afghanistan Humanitarian Fund (AFH). The AFH assists with the health, education and nutrition of the Afghan people.

On top of the Irish Aid support, Ireland has extended its refugee visas policy for up to another 150 Afghan people under the Irish Refugee Protection Program (IRPP). Ireland strongly condemns the violent action against the people of Afghanistan, especially the attacks against women and children.

It has called for safe and reliable access to humanitarian needs in Afghanistan for Aghani citizens and those who work with U.N. agencies and humanitarian partners, without exemptions. This means that even those across conflict lines must get the humanitarian access they need for safety.

Refugee Visas to Make a Difference

Ireland, which many know for its strong advocacy for women and girls, is attempting to play a role in relocating some Afghan women and girls to Ireland. There will be a priority for those who work in human rights issues and those who work with NGOs, including European and international organizations. Family reunification is also at the top of Ireland’s list in regard to the 150 refugee visas.

This is not the only way for Afghans to obtain refugee visas. There are a few protocols in place that help Afghans obtain refugee visas as long as they meet or find a way to meet the criteria. According to the 2015 International Protection Act, if an Afghani person already knows someone in Ireland who can handle their international protection application or if they have someone who will meet them at the border, they are exempt from the application fee. Deportation has also experienced less strict enforcement since COVID-19. Given the current state of Afghanistan, there is no clear answer to whether someone would experience deportation.

At the end of the day, Ireland is doing everything it can to assist with the humanitarian need in Afghanistan. In this time of crisis, it uses funds, policies and aid to do what it can. By expanding its visa list to accept more refugees, Ireland demonstrates that it will do everything possible to assist another country’s crisis.