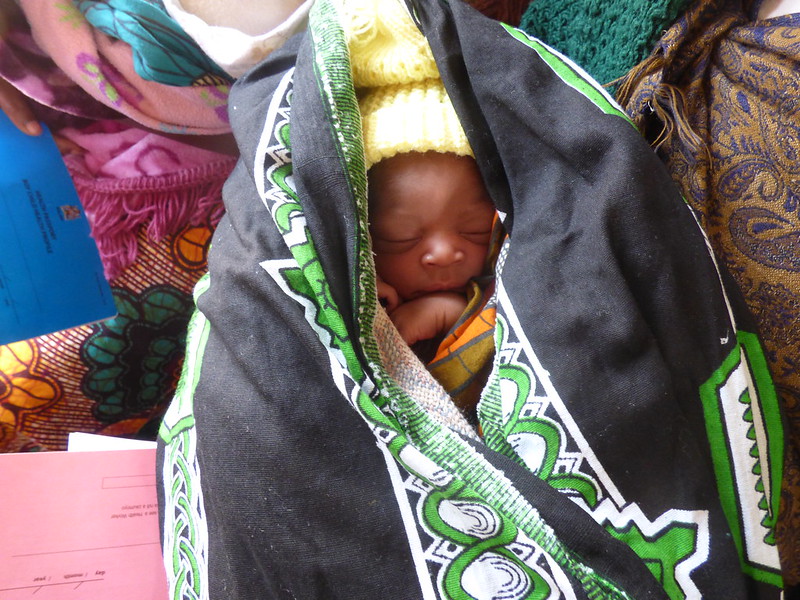 A baby’s first, sole focus should be on growing. Babies with low birth weight and pre-term babies in developing countries face a higher risk of developmental disorders and neonatal death due to lack of access to healthcare. Devices such as the Pumani bCPAP, the NIFTY cup and the Embrace Warmer are inventions saving babies throughout developing countries.

The primary cause of death in preterm babies is Respiratory Distress Syndrome (RDS). As such, the lungs are one of the last organs to develop in utero. Jocelyn Brown, a bioengineering student studying in Malawi created an affordable solution: the Pumani Bubble Continuous Positive Airway Pressure Device (Pumani bCPAP). The English word “breath” translates to “pumani” in the language of Chichewa.

A traditional bCPAP device is among these inventions saving babies because it is readily available in developed countries. However, it costs $6,000 and is not affordable to people in Malawi. Brown collaborated with physicians at Queen Elizabeth Central Hospital (QECH) in Blantyre, Malawi. The hospital had access to bottled oxygen, which administers low-flow oxygen through a tube connected to nasal prongs. Unfortunately, when treating neonatal RDS, it only had a success rate of 25%. On the other hand, the Pumani bCPAP almost triples the survival rate for preterm babies and costs less than $400 to manufacture.

The device uses a type of air pump that makes this innovation affordable. The Pumani bCPAP replaces the traditional high-tech commercial flow generator with a simple aquarium pump. Aquarium pumps are easy to repair and low-cost. Furthermore, it provides the exact airflow pressure necessary for the bCPAP device.

The Saving Lives at Birth Transition grant aided in distributing the Pumani bCPAP to hospitals throughout Malawi in 2012. Additionally, funding from the global healthcare company GSK and Save the Children helped roll out the device in Tanzania, Zambia and South Africa.

The World Health Organization (WHO) recommends using a small cup to feed newborns who are unable to breastfeed. However, no such cup existed until Seattle Children’s hospital, PATH and Laerdal Global Health and the University of Washington worked together to develop The NIFTY Cup.

The NIFTY cup is a handheld, flexible cup made from silicone rubber. It has a design specifically for babies lacking the ability to breastfeed due to prematurity or craniofacial birth defects like a cleft palate or lip.

Mothers who do not have a NIFTY cup make do with whatever they have. Instead, mothers commonly use spoons, gravy boats, shot glasses or coffee cups. However, they can waste a lot of milk due to spillage and it is often challenging to monitor the amount the baby is drinking. Moreover, too much or too little milk can be dangerous for a newborn.

A mother is able to easily fill the NIFTY cup directly from the breast. There are volume markings on the side to monitor the amount the baby consumes. Furthermore, the cup’s design allows babies to suckle from the spout at a controlled pace. In addition, the cup is easy to clean, reusable and only costs $1.

The developers share a mission to save the lives of newborns in developing countries all around the world. PATH’s Trish Coffey said, “We know there are potentially millions of babies who need it. So we just kept at it.”

The Embrace Warmer is one of many inventions saving babies in developing nations as well. Four Stanford graduate students had the task of inventing a cost-effective device to treat premature and underweight babies who are unable to regulate their body temperature. The invention looks like a baby-sized sleeping bag but functions similarly to a traditional medical incubator. Additionally, it costs less than 1% of what an incubator costs. This is extremely important for developing communities in rural villages.

The inventors gathered research in a rural, poverty-stricken area of Nepal. They saw firsthand the importance of adapting the invention to make it accessible to communities that needed it the most. The team relocated and launched the first model in rural India. It is common practice in these rural areas for parents to not name their baby until it is a month. This is so parents do not get too attached to newborns in case they do not survive.

Additionally, the team developed a washable, affordable model that is seamless on the inside to avoid bacteria. Placing the wax insert into boiling water for a few minutes heats it up. The wax’s melting point is the human body temperature. Furthermore, it maintains its temperature of 98 degrees Fahrenheit for four to six hours. Fortunately, it does not require electricity. It is reusable and mothers can hold their babies while they are inside an Embrace Warmer.

The founders of Embrace debuted the invention in rural India in 2011. Then, Embrace joined forces with Thrive Health in 2015. Thrive Health is an international nonprofit with an accomplished newborn health program. Embrace Warm has aided more than 200,000 babies.

These inventions save babies’ lives in vulnerable, developing nations and aid in the reduction of population growth. Parents are more likely to have fewer children if they are confident in their survival. According to Bill Gates, “As children survive, parents feel like they’ll have enough kids to support them in their old age. And so they choose to have less children.”