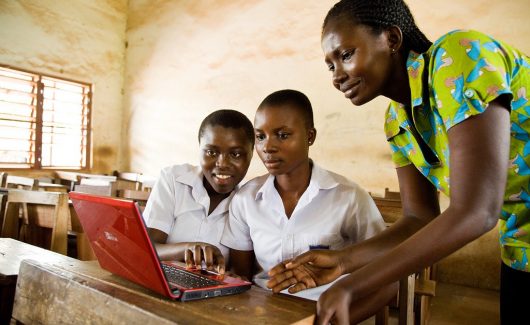 Africa will experience a boom in IP growth, with Internet traffic in Africa increasing six-fold by 2020, according to the Cisco Visual Networking Index.

Cisco’s forecast, which covers 2015 to 2020, has predicted that Africa’s IP traffic will grow at a rate of 41 percent, the fastest annual rate in the world. Fixed broadband speed is also expected to increase more than twofold, and average mobile connection speed will reach five megabits of data per second.

The projected rise in Internet traffic is partly a result of the spread of mobile personal devices across the continent.

According to a study by the Pew Research Center in 2015, cellphone ownership has surged in sub-Saharan Africa. Cellphones in South Africa and Nigeria have become as common as they are in the United States. People rely on their mobile phones for a variety of internet services, including browsing the web, mobile online banking and accessing social networking sites and political news.

Internet use through cellphones will likely continue to rise as 77 percent of networked devices in Africa in 2020 will be mobile-connected, according to Cisco’s forecast.

Advancements in the Internet of Things, which allow everyday devices to connect to the Internet, have also helped promote traffic growth.

Cisco said that applications, such as digital health monitors and energy smart meters, and machine-to-machine services are “creating new network requirements and incremental traffic increases.” Machine-to-machine modules will account for 22 percent of all network devices in Africa by 2020.

Yet, according to Mark Walker, the International Data Corporation’s associate vice president for Africa, the Middle East and Turkey, many countries in sub-Saharan Africa lag behind in technological capability and cannot afford Internet of Things applications.

In order for Cisco’s predictions to prove correct, less developed countries must continue to address affordability issues and develop infrastructure that will allow for greater use of the Internet, Walker told ITWeb Africa.

An increase in IP traffic will put the continent a step closer to achieving the United Nations’ goal of connecting more people in underdeveloped countries to the Internet by 2020. With more Internet availability, people who live in poverty can take advantage of enormous economic and social opportunities that the web offers.

Farmers in rural areas can use the Internet to plan for unpredictable weather and determine what type of crops to grow based on the prices of goods and commodities. People can also rely on the Internet for mobile banking, to educate children and to stay informed about news.

The increase in Internet traffic in Africa will also help the continent become more technologically advanced. Several countries, including South Africa, will rely on the increased Internet connectivity to complete a digital migration journey that involves the transition from broadcasting with analogue cables to more efficient digital television signals.