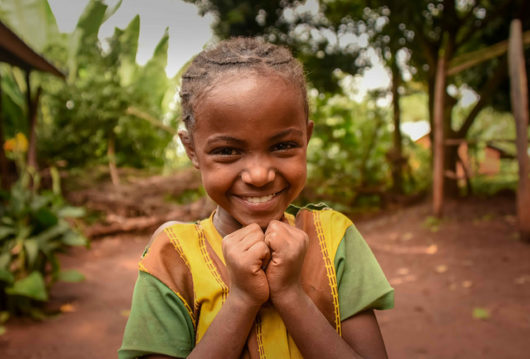 September 21 marks an important day worldwide. It is International Day of Peace, also known as Peace Day. The United Nations created the day in 1981 to celebrate a globally shared commitment: honoring and practicing peace.

The U.N. has been making tremendous efforts to achieve world peace. One such effort is the creation of the Universal Declaration of Human Rights. The document is considered a milestone in achieving a common standard of life for all people. It was initially adopted by the United Nations General Assembly in Paris in December 1948. The declaration celebrates its 70th anniversary in 2018. As a tribute to this declaration, the theme for the International Day of Peace 2018 is the ‘Right to Peace’.

In addition to the Universal Declaration of Human Rights, the U.N. has also established a university in Costa Rica called the University for Peace to propagate the importance of peace.

The University for Peace

The University for Peace is an institution that provides an opportunity for people around the world to learn effective ways to facilitate peace.

The university has a diverse student body of more than 110 students from 60 plus countries. The faculty of the university is as diverse as its student population, with only 10 percent from Costa Rica. The remaining 90 percent are from different places across the globe.

Every year, the university celebrates the International Day of Peace and regards it as an opportunity to acknowledge its role in promoting peace.

This year, The Borgen Project attended the International Day of Peace celebration. The University revealed a new installment in their atrium: a hanging mobile of a thousand origami cranes. Each crane was handcrafted by a member of the institution, both faculty, and student.

At the reveal of this piece, students from around the University met together in the atrium to listen to the powerful words of the faculty and fellow students. The dialogue switched from English to Spanish as the stories and ideas of peace promotion were explained.

The instillation was inspired by the work of Sadako Sasaki. In the devastating aftermath of Hiroshima, twelve year old Sasaki was diagnosed with leukemia. Her father told her the legend of folding 1,000 cranes, and how the reward is a wish granted. To keep her hope, Sasaki dedicated the remainder of her life to folding cranes. Her legacy and the practice now are considered a symbol for peace.

The words of  the U.N. Secretary General António Guterres were repeated throughout the speeches. One of the most important sentiments in his brief message for 2018 being, “peace takes roots when people are free from hunger, poverty and oppression, and can thrive and prosper.”

Peace relies on multiple factors such as economic and political as well as the availability of food, water and security. Peace can be achieved only when all these basic needs are met.

In addition to pursuing peace, the United Nations established the sustainable development goals to ensure a certain level of progress is made in every country around the world. From 2015 to 2030, there is a list of 17 goals. Two out of the seventeen goals are to “promote just, peaceful and inclusive societies” and “no poverty”.

By 2030, the goal is to halve the population living in poverty. This would mean only three percent of the population would live in extreme poverty by 2030.

The World Bank reports in September 2018, that extreme poverty is at its all-time lowest in history. The current projection for 2018 is 8.6 percent. From 1990 to 2015, the rate dropped by one percent every year and went from 36 percent to 10 percent. Since the rate of decline has slowed down, the goal of reducing extreme poverty to 3 percent by 2030 looks like a tough one to achieve.

The United Nations and the World Bank are currently working together to develop a series of steps for achieving peace and sustainable development. The new focus will be prevention. This new action would save between $5 billion to $70 billion each year on reactionary projects. This money will then be fed back into the system to reduce poverty.

This new preventative action aims to take into consideration all levels of society and its impact on the life of an individual. For preventative action to be effective, the group must identify the specific cultural factors that lead to extreme stress among people. Factors such as malnourishment, extreme poverty and oppression.

The International Day of Peace gives everyone a chance to reflect on their life and the lives of those around them. Everyone dedicates one day a year to act locally and think globally. As Guterres said, “Do your part at school, at work, at home. Every step counts.”