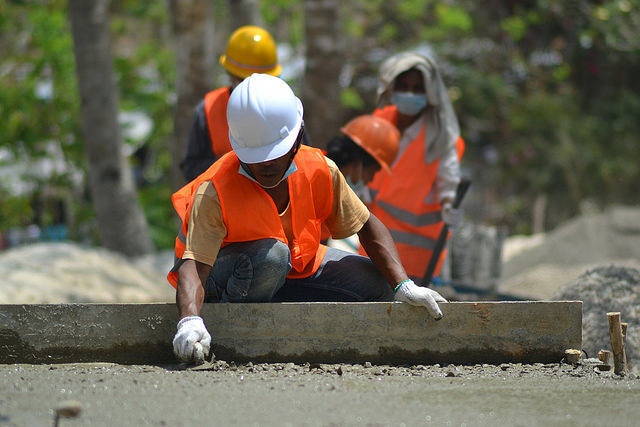 Timor-Leste is a young nation facing many difficulties, but it is also a nation striving to advance itself daily. One of the areas in which the nation is making strides is in the development of its infrastructure.

On August 30, 1999, the people of current day Timor-Leste voted on whether they wanted to remain part of Indonesia or become an independent nation. Ultimately, 78.5 percent of voters voted for independence. During this time, violence broke out and approximately 70 percent of the infrastructure in Timor-Leste was destroyed.

The Democratic Republic of Timor-Leste officially became a sovereign nation on May 20, 2002. Since then, the nation has been working to resolve the problems it faces. The damaged and underdeveloped infrastructure in Timor-Leste is one of the major challenges that the country has been working on in recent years.

The government of Timor-Leste created and released a strategic plan that it aims to complete by 2030, which it hopes will improve quality of life, health and education standards. Included in this plan is an entire section on developing the nation’s infrastructure. In this section, plans to improve roadways, bridges, waterways, sanitation techniques, electricity, seaports, airports and telecommunications are laid out.

Recently, the government of Timor-Leste opened the nation’s second airport, the Suai Airport, on June 20, 2017. The opening of this airport was included in the strategic development plan and is an example of one of the many ways the infrastructure of Timor-Leste is being improved upon.

In addition to the opening of the Suai Airport, there are future plans to upgrade Timor-Leste’s other airport, the Presidente Nicolau Lobato International Airport. This airport currently handles around 80,000 to 100,000 passengers each year, but after renovations are completed, the airport should be capable of handling up to one million passengers per year.

This project will make roadways safer for travelers and increase travel opportunities between the northern and southern parts of the country. Having dependable roadways will aid Timor-Leste in developing other aspects of its infrastructure and lead to increased economic opportunity within the nation. These roadways will promote rural development and support the growth of healthcare and education in Timor-Leste.

The development of infrastructure in Timor-Leste is still ongoing, but advances can be seen. The opening of a second airport and the major transportation project are just two examples of the work being done on the infrastructure in the country. The government of Timor-Leste plans to continue to build on these advancements in hopes that a developed infrastructure will improve the standard of living for every one of its citizens.