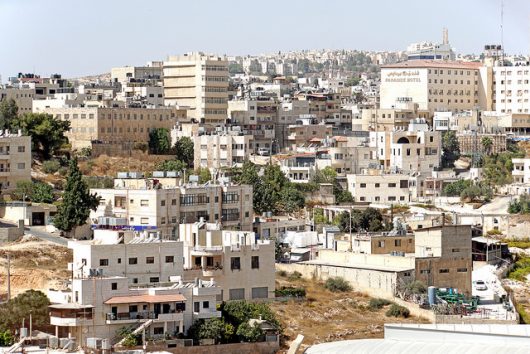 The Basics: What are Gaza and the West Bank?

Throughout the twentieth century, the establishment of the State of Israel in Palestine has been a huge point of contention between Arabs and Palestinians and serves to fuel much of the tension that persists in the Middle East to this day.

The result of Israeli occupation of Palestinian territory in the early 20th Century has been an unprecedented 100-year-long struggle for Palestinians. Their struggle is mostly characterized by an egregious lack of functioning infrastructure in Gaza and the West Bank.

Defining Features of Infrastructure in the West Bank and Gaza

The quality of infrastructure in each of these regions is extremely different from the other. In Gaza, the lack of access to clean water, electricity and proper sewage management are indicative of the region’s current humanitarian crisis. The causes of that situation are many, but the most impactful have been the three wars that have ensued in a period of just 10 years, the rise of Hamas, and the Israeli blockade. Each of these events compounds the other.

For years, the region has had to cope with 12-16 hour blackouts, due in part to the destruction of electricity plants during the wars, but mainly to a political struggle between Hamas (the group that runs the West Bank) and the Palestinian Authority (main Palestinian actor in the West Bank). This strain on the energy infrastructure effects Gaza’s access to clean water, and its ability to treat sewage as well.

The extraction of water from the coastal aquifer, Gaza’s main source of freshwater, requires huge amounts of energy to which Gaza does not have access. Israel is currently providing 10 mcm of water to Gaza every year – an increase from the 5 mcm required by the Oslo Accords of 1995.

Waste management is another of Gaza’s infrastructural problems. Currently, 3.5 million cubic feet of untreated sewage run from Gaza into the Mediterranean every year, threatening not only the health of Palestinians but that of Israelis and the Mediterranean as a whole. Lack of proper infrastructure for schools and hospitals is yet another strain on the livelihoods of Gaza’s 1.8 million inhabitants.

In the West Bank, the picture, though less time sensitive, is still far from acceptable. Governed partially by the Palestinian Authority and partially by Israel, troubles of infrastructure are intensified by the political battle between the two governments.

The most concerning aspect of infrastructure in the West Bank is the access Palestinians have to freshwater. In fact, there is a great discrepancy between the amount of water utilized by the Israeli territories versus that utilized by the Palestinians. In addition to a general strain on water resources, the West Bank is unable to oversee the proper processing of sewage water which leads to groundwater contamination and a lost opportunity – use of recycled sewage water for irrigation.

The difference between infrastructure in the West Bank and Gaza is amplified greatly by the presence, or lack, of Israeli funding. Despite both of the regions experiencing of similar problems related to water and waste management (both impacted by access to electricity), Gaza’s exposure to these troubles is often far worse than those of the West Bank, due to years of isolation from Israel and other wealthy nations.

Is there a solution?

The question of improving Palestinian infrastructure comes down to a finding a solution to the conflict between Israel and Palestine. Except unfortunately, this has proven to be one of the most elusive problems of international diplomacy for nearly seven decades.

Though many proposals have been made, the abuses perpetrated by each side continue to bar sustained, positive progression towards peace. Since the end of the Six-Day-War in 1967 in which Israel annexed the West Bank, Gaza, East Jerusalem, the Sinai Peninsula, and the Golan Heights, a solution has hinged on the idea that Israel will only give up land if they are ensured an end of Palestinian attacks.

Today, the two-state solution, heralded by the United States and the majority of the international community, has reached a standstill as a result of continued conflict and mistrust between Israelis and Palestinians. Yet, some political analysts maintain that peace is still attainable. What it will take to bring about that end, however, remains uncertain.