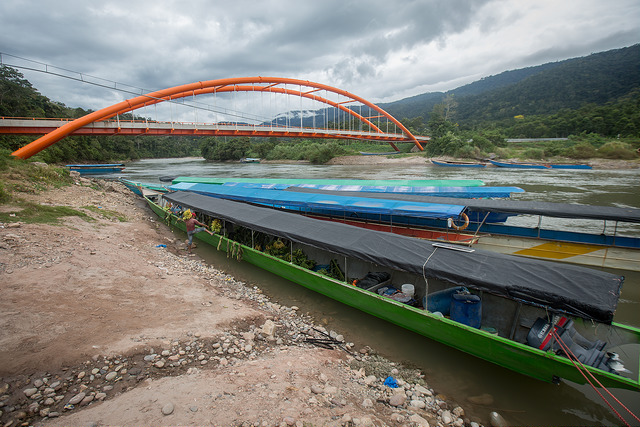 In July 2017, George Mallett from The Market Mogul put it simply: “Peru is at a juncture.” The development of infrastructure in Peru has had a mixed record. The country was devastated by floods in early 2017, leaving many in poor living conditions. However, the country has invested billions in its transport infrastructure that only affects some of the population and is financed by debt. It is important that Peru spend and build in ways that benefit the whole population.

In 2016, prior to the floods, the government of Peru pledged $33 billion toward infrastructure projects. The money was pledged to construct highways, airports and a port. Local governments would also be involved in the projects, which was seen as a great way to involve communities. The President intended to extend potable and sewerage water services to 100 percent of the population over the next five years.

Since the floods, the country’s government has been working on projects to rebuild, as well as improve, the infrastructure to prepare for future disasters. Water supply is an important issue that the government wants to make sure is accessible to its entire population. There are plans to build reservoirs in the mountains.

Its first priority is rebuilding towns and communities, then working on the infrastructure in Peru for future disasters. The government also wants to control where people settle so that people are living in areas that are reachable and have adequate living conditions and resources.

Since Peru wants to continue growing its economy and improve its reputation in Latin America and the world, it must improve its infrastructure for the entire population. As such, it is important to make sure that many people in Peru will benefit from these projects.

The mining and commodity industry in Peru is growing very quickly, so organizations, like The Nature Conservancy, are focused on minimizing the impact of these industries on the environment and the surrounding communities.

The Nature Conservancy recognizes this “boom” as a great opportunity for the country, but wants to make sure that the environment is not affected. It is pushing for zero environmental impacts as well as the development of hydropower plants. It also focuses on informing Indigenous communities about the social and ecological effects the mining industry can have. Infrastructure in Peru must reflect and react to these implications.

At the moment, Peru is at a crossroads: it must rebuild its poorer infrastructure while allowing for economic growth through its mining and commodity industries. The U.N. has pushed for the country to implement multi-hazard warning systems and educate citizens about the environmental risks of these endeavors.

In short, Peru must continue to improve its infrastructure and garner international support for its initiatives. The steady improvements to infrastructure in Peru will have lasting, positive effects on its population.