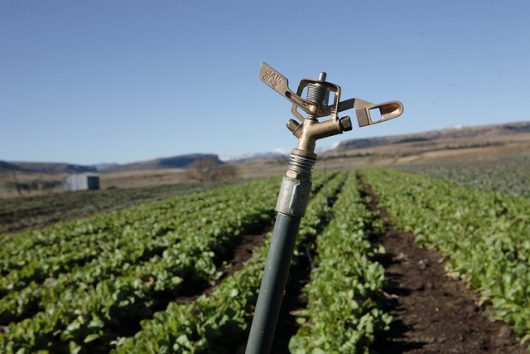 In the middle of South Africa lies the small, mountainous country of Lesotho. The landlocked country, also known as the Kingdom of Lesotho, gained independence from British rule in 1966.

Lesotho is a poor country with a gross income of $570 per capita and a life expectancy of 51 years for men and 56 years for women. Infrastructure in Lesotho has its strengths and weaknesses; while the country may lack secure road infrastructure, it has one natural resource that has proved profitable through the years.

The main transportation infrastructure in Lesotho is an 8,000 km road system, which accounts for 70 percent of the country’s transport system. The vast majority of the roads are made of gravel or earth; a smaller percentage is paved. The gravel and earth roads are often vulnerable to extreme weather conditions and the hilly, winding roads make navigating through Lesotho quite difficult. One of Lesotho’s biggest issues with road transport is a lack of safety. The country has an exceptionally high number of road incidents, especially in poor weather conditions.

In 2010, the Lesotho government elected to participate in the Decade of Action for Road Safety initiative developed by the United Nations. Member states are to adhere to the five pillars of the initiative, which are road safety management, safer roads, safer vehicles, safer road users and improved post-crash response. The initiative will focus largely on improving the quality of existing roads and building more paved roads throughout the country.

The project aims to decrease the number of road incidents by 50 percent in 2020, the final year of the initiative.

As far as providing potable drinking water, Lesotho is comparable to most other countries in southern Africa. Lesotho does reasonably well with providing water to the rural population; however, issues of access and distance to drinking water still remain. However, with Lesotho’s numerous rivers, the country has no shortage of water overall. In fact, the water may prove profitable in the very near future.

The Lesotho Highlands Water Project was established by the signing of a treaty between South Africa and Lesotho in 1986. The initiative relies on the creation of numerous dams along the Lesotho rivers and tunnels that will deliver water to South Africa. The dams will also provide hydroelectric power for Lesotho.

The project was established by the signing of a treaty between the two countries in 1986. Phase I of the project, which was completed in 2003, involved the construction of two dams: the Katse and the Mohale. The second construction of Phase I was a hydropower station that will provide hydropower energy to improve the access to and quality of electricity throughout the country. Phase II is still in progress and its projected conclusion is not until 2024.

The Lesotho Highlands Water Project should benefit the overall infrastructure in Lesotho and contribute to the country’s income. Taking advantage of this abundant resource can be of great benefit to the country’s impoverished people and improve their lives greatly in the future.