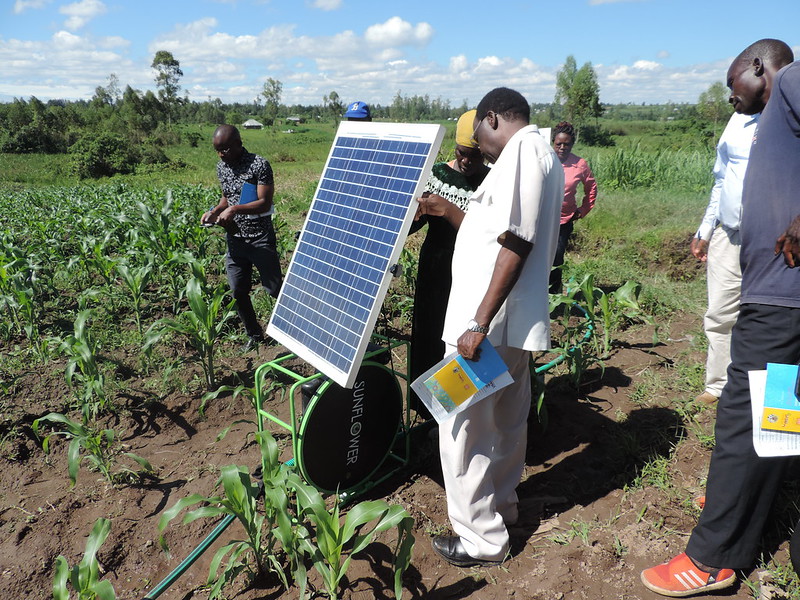 With a current growth rate hovering between 5 and 6 percent, Kenya is one of the fastest-growing economies in Sub-Saharan Africa. Industrialization in Kenya, as part of Vision 2030, is a priority that could help transform the agriculture-dependent country into a developed economy. According to Kenya’s Ministry of Industrialization and Enterprise Development, its three main goals include increasing foreign investment, improving the business environment and reducing corruption. Kenya has a massive goal of reaching a GDP of $211 billion. That would be approximately the same GDP as Romania in 2017. Kenya’s GDP increased from $18 billion in 2005 to $78 billion in 2017. The 2017 figure was $17 billion more than expected. China is one foreign investor that sees potential in developing Kenya’s economy.

One side effect of developing an economy is a reduced poverty rate. Approximately 60 percent of Kenyans work in the agriculture industry, which is typical for developing economies. A developed economy such as the U.S. involves a mostly service dependent economy.

A drought-affected part of Kenya in 2017 slowed GDP growth, increased inflation to 8 percent and harmed the economy. President Uhuru Kenyatta acknowledged the need for industrialization in Kenya and the country’s dependence on agriculture. Vision 2030 includes increasing manufacturing from 11 percent of Kenya’s GDP to 20 percent of its GDP and focuses on developing its oil, minerals, tourism, infrastructure and geothermal sectors.

Businesses and countries investing in Kenya could add jobs for Kenyans, help diversify into a new market and improve trade between the two entities. Foreign direct investment was $1.6 billion in 2018. The United Kingdom, China, Belgium, the Netherlands and South Africa are the main investors. Banking, tourism, mining, infrastructure and information and communications technology are some of the investment sectors for these countries.

First Steps to Industrialization in Kenya

China is a major investor in Kenyan infrastructure. The Mombasa-Nairobi Standard Gauge Railway (SGR) costs $3.6 billion and connects the capital with the largest city in Kenya. The China Road and Bridge Corporation hired more than 25,000 Kenyans to work on the railway that opened in 2017. It extended the railway to Naivasha in October 2019. More than one million people rode the SGR in 2018.

China Road and Bridge Corporation also invested in the Nairobi Southern Bypass Highway that relieves congestion through the capital city Nairobi by redirecting traffic to and from the port city of Mombasa. Mombasa has a population of over three million and receives visitors from Uganda, Burundi, Rwanda and South Sudan. “There is no doubt the infrastructure projects financed and developed by China are making a huge impact in the country, especially when you look at the ease of travel and employment opportunities,” said Philip Mainga, managing director of Kenya Railway Corporation.

The World Bank also helped rural regions with its Kenya Informal Settlements Improvement Project. The project involved the construction of more than 60 miles of roads. Also, the project built 52 miles of footpaths, 66 miles of drainage canals, 39 miles of sewer pipelines, 68 miles of water pipelines and 134 security lights by its end date of November 2019.

Various organizations completed many other projects that have benefitted millions of Kenyans. Vision 2030 includes ambitious goals that will benefit its economy and people through job growth, key sectors growth and poverty reduction. One of Kenya’s key sectors, tourism, already saw a 5.6 percent growth in 2018, which is higher than the global average of 3.9 percent. The Information and Communication Technology sector saw an average growth of 10.8 percent since 2016, giving Kenya its “Silicon Savannah” name. Kenya’s poverty rate continues to decline as the country develops. Its poverty rate lowered from 46 percent in 2005 to 36 percent in 2016, demonstrating that progress is ongoing in poverty reduction and industrialization in Kenya.