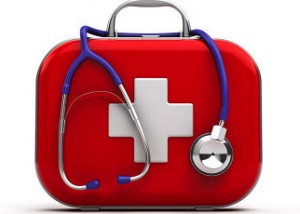 The United States Agency for International Development (USAID) is currently working with the Indonesian government in the next step in the fight against tuberculosis (TB). Indonesia has already had significant success in fighting the disease and USAID is helping fund research to help the country completely eliminate fatalities caused by TB.

Last year, USAID granted Indonesia The Champion Award for its exceptional accomplishments for the category of “Work in the Fight Against TB”. Indonesia’s work with the World Health Organization (WHO) has helped decrease the number of TB-related deaths and raise awareness about the disease, as well as bolster the opening of new treatment centers. Today in Indonesia, more than 88% of people with TB have been successfully treated.

When patients have only been partially cured through treatment, TB sometimes resurfaces as multi-drug resistant (MDR) TB. USAID’s latest initiative in Indonesia will focus on helping fund research and treatment centers to help find new solutions to the public health threat of MDR TB. Indonesia will likely accomplish the Millennium Development Goal (MDG) of fighting TB in the very near future.