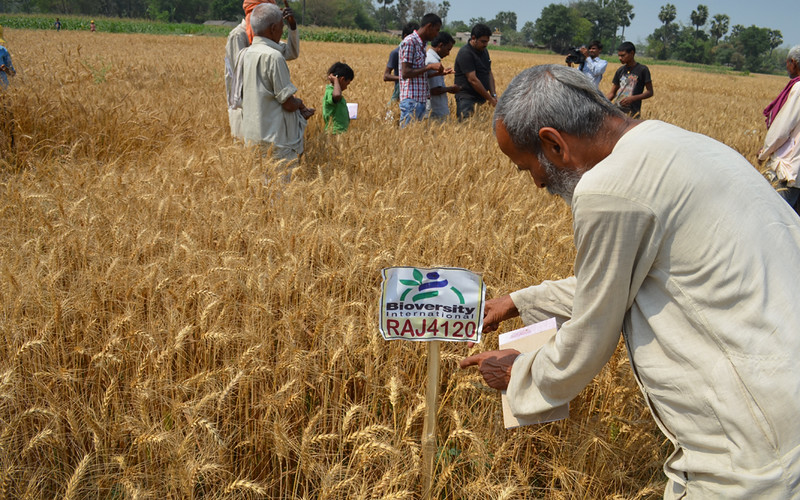 An intense recent heatwave in India has scorched a multitude of wheat crops, in the second-largest wheat-growing country in the world. India’s scorched wheat crops have significantly reduced yields for growers and have shaken up the export requirements that they typically produce. This makes it an issue for the rest of the world that is attempting to alleviate a shortage across the globe.

It all started in March 2022, when temperatures reached record highs of 104 degrees Fahrenheit since 1901. In April, the temperatures reached a high of 120 degrees Fahrenheit in some of India’s northern and central regions, where lots of wheat fields can be found in those areas. The damage to their growing cycle began during the winter when they received lots of unseasonable rain this year.

India’s scorched wheat crops discourage many as they rely heavily on their exports and shriveled and damaged grains depleted production levels. Last year, with the fiscal year ending in March 2022, India exported 8.7 million tons of wheat, according to CNBC. Its government predicted record-high production this year, amounting to approximately 122 million tons of wheat in 2022. However, the heatwave has caused record high temperatures that have occurred well into the country’s harvest time.

This heatwave is causing an issue for many low-income individuals living in India. Wheat prices will shoot up and become unaffordable for many citizens to purchase. With everything currently going on in Ukraine, prices of Indian crops will also see a record high, as Ukraine and India account for almost a third of wheat exports globally. The United Nations Food and Agricultural Organization (FAO) has predicted that from 2022 to 2023, the number of undernourished individuals will increase by 8 to 13 million people with the largest increases in Asia-Pacific.

This event has caused major issues for local Indian farmers as yields reached record lows for a very long time. India’s scorched wheat crops also led to the government’s supplies dropping in quantity as well. Additionally, private traders hoarding wheat intensified the already existing issues, further driving up the prices of wheat and flour by an extra 40% recently, according to The Guardian. Many people who are malnourished face dramatic circumstances that can lead to health issues they cannot afford to control.

With India’s scorched wheat crops during the wheat’s crucial “grain filling” stage, which is critical for producing large yields, many are left wondering what may happen next. However, many cities in India have learned their lessons from previous heat waves and have created measures that they are taking during this time around. They are limiting office hours for working individuals and applying early warning systems. Schools are going into lock-downs, changing school hours, having annual summer vacations and bringing back the COVID-19 pandemic-era online classes. These measures aim to save the lives of students since fainting is prominent during these heat spells and air-conditioning is unaffordable.

Positive Outlook on the Future

Government officials have learned many lessons because of India’s scorched wheat crops this year. Going forward, they will follow precautions that may help lots of low-income individuals deal with such harsh weather patterns in the future.