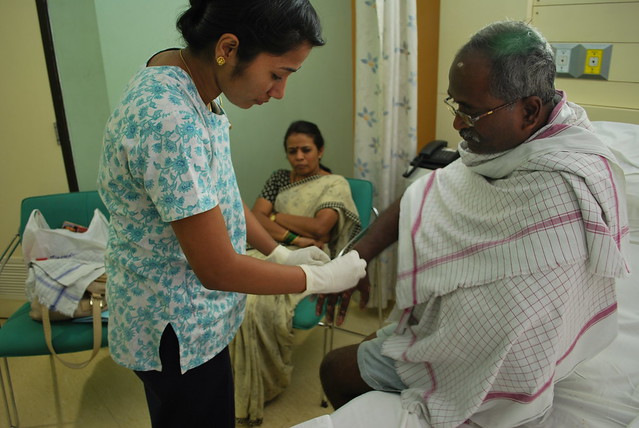 In 2014, the Indian Ministry of Health and Family Welfare paired with the Global Network for Neglected Tropical Diseases to create a communication campaign aimed at the prevention of Lymphatic Filariasis.

The video for India’s largest public health campaign by the Mass Drug Administration to eliminate Lymphatic Filariasis (LF) begins with a trail of oversized footprints attracting a group of curious spectators. The growing crowd follows the giant tracks to find their owner and the intent investigation of the crowd captures the matched attention of viewers off-screen.

Lymphatic Filariasis, commonly known as elephantiasis, is a disfiguring and debilitating neglected tropical disease that puts three in five people in India at risk of infection. While prevention of the disease is fairly simple — a pill once every year — public participation in the government’s drug distribution programs was low.

In 2002, India set a goal to eliminate preventable diseases by 2015. Their current campaign plan began in 2004. Although the Filaria has not yet been eliminated in India, significant progress has been made since India’s largest public health campaign began.

The video leads the villagers to a man with LF, who stresses the ease of prevention and emphasizes that contracting the disease can happen to anyone. The narrative is largely positive with the patient himself acting as a champion for awareness and change. Distributed widely in ten different languages on television and online, the public service announcement reached over 300 million people.

As of May 2016, 72 districts (each with an approximate population of 164 million) completed the Transmission Assessment Survey for LF and were qualified to stop the MDA program, said the NVBDCP. India’s dedication and success in decreasing LF likely increased global attention on Lymphatic Filariasis and other neglected tropical diseases. On June 3, the World Health Organization reported that LF was eliminated in Sri Lanka and Maldives.

With the largest Mass Drug Administration in the world, the Indian government continues its efforts to eliminate Lymphatic Filariasis by distributing LF preventative medication to 460 million people in 17 Indian states.