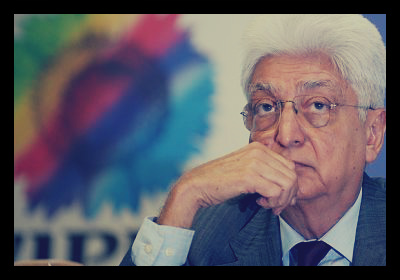 When you’ve topped Forbes billionaires list, there are only a few things left for you to achieve in this world, one of which is joining the Giving Pledge. Established in 2010 by Bill Gates and Warren Buffett, the Giving Pledge received much attention from the media because of its growing list of millionaire and billionaire members. The organization encourages its members to donate or endow at least half of their wealth to charities. India’s Azim Premji joins the Giving Pledge from his current position as 41st  on Forbes’ list, with a net worth of $16 billion, and has already made his first donation.

Perhaps a more appropriate word for Mr. Premji’s act of kindness would be ‘transfer’ instead of donating. Equaling about 295.5 million shares, or 12 percent of its total shares, the $2.3 billion donations went to the Azim Premji Foundation, a nonprofit that focuses on education improvements and building schools throughout rural India. The money went directly into the trust of the organization, which Mr. Premji says “will utilize the endowment to fund various social, not-for-profit initiatives of the foundation, which are expected to scale significantly over the next few years”.

The organization has worked alongside the government to improve the quality of education and has built a university in the Indian state of Karnataka. With this funding, Mr. Premji hopes to be able to increase the staff of the foundation and be able to reach more rural communities.

For a man of his wealth and power, Mr. Premji, the first Indian to join the Giving Pledge, is setting an example for his fellow Indian billionaires, who altogether make up 4 percent of the 1110+ billionaires in the world. Coming from a country where poverty has been an inescapable reality, India’s billionaires hopefully feel a strong connection in helping their fellow countrymen not simply survive but become productive members of society. By focusing on education and starting with children, these sorts of efforts will foster a generation of skilled and innovative workers and entrepreneurs. Hopefully, they will be a generation with more chances of becoming world leaders and wealthy businessmen and women.