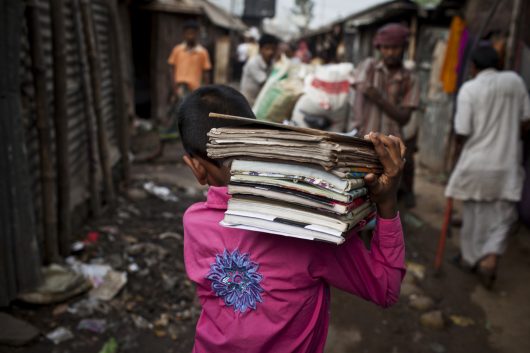 Knowledge is power. This simple statement is more resonant than ever as the world moves towards a knowledge-based economy. In spite of the tremendous importance of education in building the lives of youth around the world, only a small share of the United States’ foreign aid budget goes to education and social programs. By increasing education foreign assistance for such programs, the U.S. could bolster its contribution to global development.

Here are four facts about the current amount of U.S. foreign assistance for education:

Increasing education foreign assistance can bolster economic growth, encourage gender equality and build local capacities. For each additional year of schooling in a country, annual GDP growth rises by 0.37 percent, allowing for greater trade opportunities. The higher the proportion of the population enrolled in secondary education, the lower the risk of war. Therefore it is key to U.S. economic and national security interests that we continue to provide foreign assistance for education.

Inequality and Poverty in Namibia: A Gaping Wealth GapEfficient and Sustainable Solutions to Contamination
Scroll to top