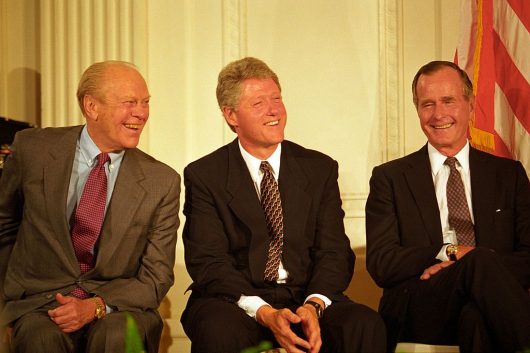 One of the main topics of renegotiation is expected to be workers’ rights. Then presidential candidate Donald Trump stated that he desired a new NAFTA for Americans in the Rust Belt – one way to do so is to close the gap between American and Mexican wages.

Signed into law in 1994 by President Bill Clinton, NAFTA lowered trading barriers between North American neighbors and opened the gates to free trade. Many businesses migrated to Mexico as a result.

Lower prices do not paint a complete picture, though, as many blue-collar workers in the U.S. were left without jobs. At the same time, keeping Mexican wages low was in the interest of many manufacturers.

Now, over 20 years later, NAFTA will be renegotiated and the U.S. will have manufacturing on its mind. One way to entice businesses to stay in the U.S. is to impose new labor restrictions in Mexico.

The average wage in Mexico is not even a fifth that of that in the U.S. New labor restrictions could mean higher wages for the average Mexican laborer, who currently lives on $4.50 a day – sometimes less, depending on the area.

There is also the fear that the talks will lead nowhere because what the U.S. wants might not align with the interests of Mexico. Ildefonso Guajardo, a Mexican representative who will be present at the talks, has suggested that, if they are treated unfairly by the U.S., they will return the treatment.

Labor economists have said that the labor reforms that Mexico had previously agreed on during the Trans-Pacific Partnership (TPP) should be the starting point for the U.S. This is the same partnership from which President Trump just pulled the United States.

Officials believe that NAFTA discussions should be finished by the end of the year if all goes smoothly. Labor reforms would certainly mean good news for Mexican laborers but not-so-good news for consumers who will feel the burden of higher prices.