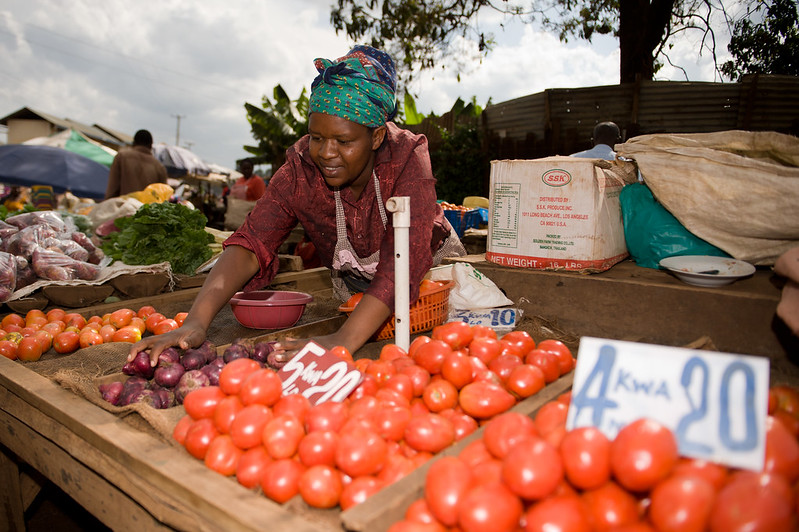 In the past 40 years, droughts have impacted more of the world’s population than any other natural disaster. Their intensity and occurrence have increased, and the developing world bears the brunt of consequences including hunger, environmental damage and economic and social instability. Agriculture, in particular, a sector that supports 40% of the world population’s primary livelihoods, suffers from worsening droughts. In Eastern and Central Africa water scarcity and population growth dually affect food security to an increasing degree. The CEO and founder of Hydroponics Africa LLC, Peter Chege, is helping introduce the innovative and cost-effective method of hydroponic farming in Africa to help improve food security.

Chege, a chemist out of the University of Nairobi, founded Hydroponics Kenya in 2012 to market hydroponic systems to Kenyan farmers as an affordable alternative to purchasing livestock feed. His company was the first to market hydroponics in East Africa. Since its foundation, his company expanded into Hydroponics Africa LLC and began to produce and install crop-and fodder-growing hydroponic systems in Rwanda, Uganda and Tanzania. Additionally, there has been growing governmental support to increase the overall use of hydroponic farming in Africa.

Hydroponics Africa has sold more than 365 greenhouse units and 700 fodder units, which have helped to save 500 million liters of water and support 6,000 tons of crop yields. The company has also trained over 20,000 people on hydroponic farming techniques.

The Benefit to Low-Income Farmers

Hydroponics Africa LLC creates customizable hydroponic systems using local materials and markets them toward small- and mid-size farms. The systems require no previous user experience, no thermostat nor electricity and minimal user input. The system prices currently range from $100 to $4,800. Additionally, the company is working with local banks to make these systems accessible to low-income farmers through loans. For example, payment options include 0-20% upfront costs and a monthly payment plan per system. The costs are justified by the increased crop yields for subsistence and sale that the hydroponic method promises.

Hydroponic farming helps fight hunger in areas poorly suited to traditional agriculture. Companies like Hydroponics Africa LLC have the potential to revolutionize agriculture for low-income farmers in drought-stricken countries. The emergence of hydroponic technology may be a life-changing solution to food insecurity exacerbated by population growth and drought.