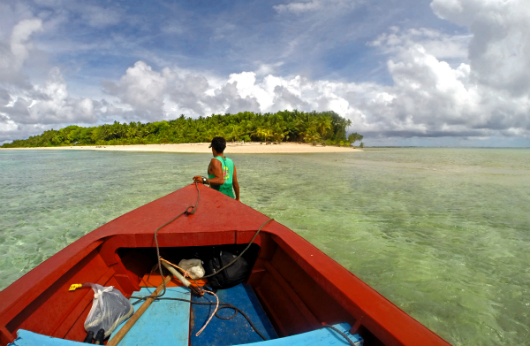 Hunger has been a problem for Tuvalu in recent year due to the environment and the economy. This article will examine the country of Tuvalu, the problem of hunger, and some possible solutions to this issue.

THE COUNTRY OF TUVALU

Tuvalu is a small country in the southwest Pacific Ocean made of up nine islands. By land area, this country is the fourth smallest country in the world and it is inhabited by 11,636 people. Most of the islands are less than fifteen feet above sea level. Subsistence fishing and subsistence farming primarily drive the economy. The climate is typically hot and rainy.

During this time, most residents could not get clean water and many were concerned about food security. A lack of rain spelled trouble for farmers and contributed to hunger in Tuvalu.

Climate change has had an immense impact on hunger in Tuvalu. Subsistence fishing is the most common trade on the islands and most people of Tuvalu have a heavy diet of fish, but it has become harder for Tuvaluans to catch and eat fish.

Even the fish that many fishermen catch have been noticeably smaller. Fishermen have to fish farther from shore and for longer periods to catch enough fish to feed their families.

This is because the habitats of the reef fish are being threatened. The warmer sea waters cause the coral reefs to bleach and die. This, in turn, means that reef fish will die because they no longer have a thriving habitat.

Additionally, rising sea levels have made the soil more salty, which has made it harder for farmers to grow food. Consequently, more subsistence farmers are having trouble feeding their families.

HUNGER AND THE ECONOMY

In recent years, Tuvalu has experienced high levels of unemployment and few opportunities for employment.

As the climate of the globe has changed, the farmers and fishermen of Tuvalu have faced economic problems because they are used to being self-sufficient. Now Tuvalu must import much of its food, but many families cannot afford to.

The solutions to the problem of hunger have to consider both economic and environmental factors that contribute to this problem.

In 1998, the Government of Tuvalu allocated funds called the Special Development Expenditures to help diversify the economy. This has been successful. More people in Tuvalu are owning private businesses, and more people are becoming commercial fishermen.

What is the Richest Country in the World?What is the 152 account?
Scroll to top