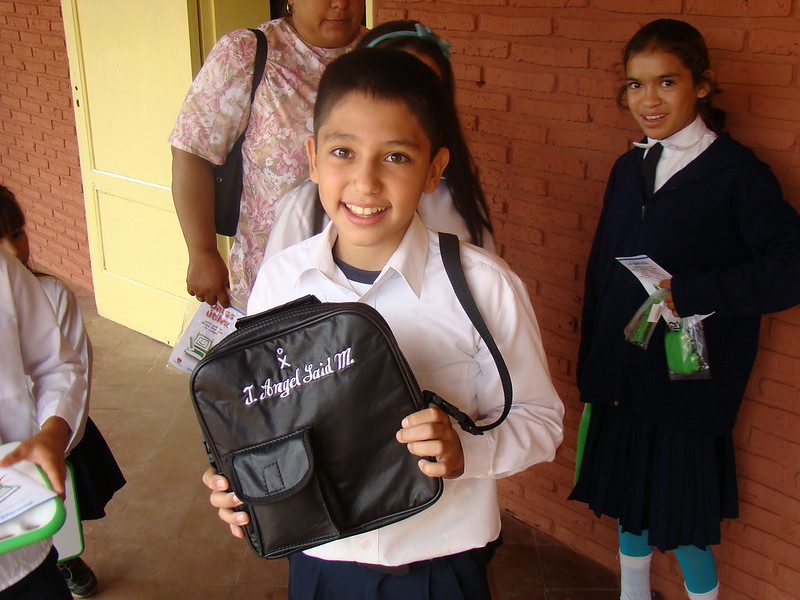 Paraguay is one of the smallest countries in South America but is still home to more than seven million residents. Many Paraguayans residing in the landlocked region struggle to survive, with nearly 17% of the population living in poverty. The poverty rate is even higher among rural and indigenous communities. As a result, hunger in Paraguay continues to be a significant problem.

The Causes of Hunger: Exports and Inequality

A prominent yet paradoxical cause of hunger in Paraguay is its growing export rates. As the UN reports, “Only 6% of agricultural land is available for domestic food production, whilst 94% is used for export crops.” While the country produces considerable agricultural resources each year, exporters ship most of this produce and livestock overseas and leave very little in the country. This lack of domestic production means that many Paraguayans cannot afford expensive imports. As a result, many must contend with food insecurity and hunger in Paraguay.

To make matters worse, the divide between the wealthy and the working class in Paraguay is drastic. Roughly 3% of the population owns more than 85% of its land and resources. This unequal distribution of land and resources leaves small landowners impoverished and unable to compete, with many turning to urban areas in search of marginal work.

The Paraguayan agricultural industry’s oligarchical nature makes it challenging to reallocate Paraguay’s land and natural resources. The 3% of landowners hold tremendous financial and political influence in the country, making it difficult for the Paraguayan government to reallocate resources or reappropriate land toward domestic production. The extremely wealthy are also only interested in producing a handful of different crops that do well in the global market.

However, this makes Paraguay’s economy and exporting gains very dependent on a temperamental world market. The market’s fluctuations can be particularly tricky and potentially harmful for the underserved and impoverished in the country, who are already struggling to survive. Without much opportunity for social mobility, those threatened by hunger in Paraguay must routinely find cheap alternatives to sustenance. High-quality, nutritious food remains an unaffordable commodity for many Paraguayans.

Poverty leads to food insecurity and malnutrition, two issues symptomatic of hunger in Paraguay. As nutritionist Nadia Quintana notes, “About 15% of Paraguayan children suffer from malnutrition. And that is if you do not count the children from indigenous groups. According to a United Nations estimate, if we include indigenous tribes, more than 45% of Paraguay children are at risk of hunger or malnutrition. But the problem is not lack of food. The problem here is poverty and lack of work and education. And housing is very precarious.”

While instances of undernutrition and starvation are trending downward, malnutrition and obesity rates are rising in Paraguay as poverty forces impoverished citizens to subsist on cheaper, less nutritious foods. These low-nutrient, high-calorie options may be cheap, but they have had an outsized impact on an average Paraguayan’s diet. Residents are in an impossible situation, forced to choose between going hungry or eating foods correlated with increased vulnerability to chronic diseases.

The COVID-19 global pandemic has further complicated hunger in Paraguay. While the small Latin American country was one of the first to begin quarantining measures to counteract the March 2020 outbreaks, the nationwide lockdown has crippled many of the country’s workers. Although the country has the fewest coronavirus cases in the region, many of its workers have lost their primary sources of income. The loss of employment means that nearly 60% of the population is without access to any benefits or financial support during the ongoing pandemic.

According to the Guardian, though the government has secured $1.6 billion in pandemic crisis loans, a tiny percentage of Paraguayans have received the promised $76 and food packs. As a result, the dependence on cheap, non-nutritious foods and correlated instances of malnutrition and obesity continue to rise. Rising unemployment rates and lack of federal support will inevitably exacerbate the ever-present issues poverty of hunger in Paraguay.

Indigenous Communities and Hunger in Paraguay

Among the most affected by poverty, pandemic and hunger in Paraguay are indigenous peoples with minimal economic and social resources to combat their current circumstances. Under the lockdown, many are unable to secure food and must rely on communal meals and donations to survive. The Paraguayan government has offered aid but has struggled to deliver it as it has to the rest of its people. Amnesty International has partnered with local initiatives to lobby for sufficient assistance to these indigenous communities waiting and hungry for action.

Moving forward, the Paraguayan government faces an uphill battle in providing its citizens with adequate resources to sustain healthy diets. The government finds itself in a difficult place as it struggles to assist and feed its people amid the ongoing coronavirus pandemic, especially as its workers are out of jobs. With so much of its economy tied to a small minority of extremely wealthy agricultural exports, Paraguay must find a way to help those who are not part of the top 3%, especially those living in indigenous, underserved and impoverished areas. Though extreme poverty trends downward, malnutrition and obesity will continue to characterize hunger in Paraguay.