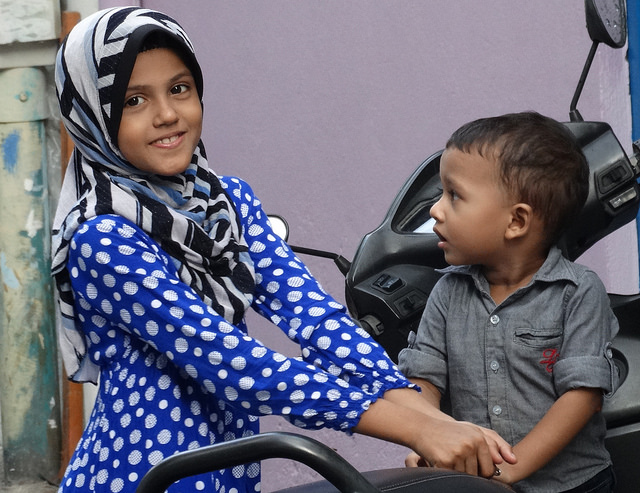 The Maldives is an island country in the Indian Ocean, southwest of India and Sri Lanka. It consists of 1,192 coral islands, of which only 200 are inhabited and the rest are used for farming, industry or just accessible as a private resort.

Since its independence from colonial British rule in 1965, the Maldives gradually improved from least developed country status to upper-middle-income status in 2013. The success of humanitarian aid to the Maldives is notable and contributed greatly to its economic growth.

The country mostly received foreign assistance from Arab countries like Saudi Arabia, Kuwait and the United Arab Emirates before 1980. However, in 1992, it received $11.6 million in foreign aid from the World Bank, the Asian Development Bank and Japan, which was intended for education, health, transport, fisheries and harbor development.

Although the Maldives is known as a great tourist destination, it is facing a unique danger of potentially disappearing into the ocean due to climate change and rising sea levels. In 2004, the country was struck by a tsunami, leading to massive destruction on its various islands.

Following the tsunami, the U.S. among many other countries provided $8.65 million and USAID contributed $1.9 million in foreign aid for the reconstruction of the damaged areas. Libya sent almost $2 million in emergency humanitarian aid to the Maldives. The U.S also contributed $100,000 after a storm in May 2007 for disaster recovery assistance.

In January 2005, UNICEF, with the help of the European Commission Humanitarian Aid Office, provided educational supplies and other basic emergency supplies with a total value of $1 million to children in the Maldives who were affected by the tsunami, with an aim of returning them to school by the end of the month.

In December 2014, when a fire destroyed the generator of the largest water treatment plant in the capital city of Mali, India provided water aid to Maldives residents. Ten planeloads of drinking water and two warships with the capacity of purifying water through reverse osmosis systems were dispatched from India, helping almost 150,000 Mali residents.

The European Union contributed €4 million in humanitarian aid in 2007 and another €4 million in 2013 towards environmental sustainability and poverty reduction. This helped in the improvement of safe water, waste disposal, renewable and efficient energy development and coral reef protection.

Australia contributed almost A$1.3 million through the United Nations Development Program for Integrated Government from 2012 to 2018. This includes strengthening civil society organizations and the transparency of the justice department, as well as improving respect for human rights in the country.

The success of humanitarian aid to the Maldives is evident from the birth of the country up to recent times. It has aided in the development of the country’s infrastructure, increased its economic activity and helped with restoration after natural disasters. These examples demonstrate the short-term and long-term effects that humanitarian aid can have on developing countries.

Addressing the Success of Humanitarian Aid to Kiribati Sustainable Agriculture in St. Vincent and the Grenadines
Scroll to top