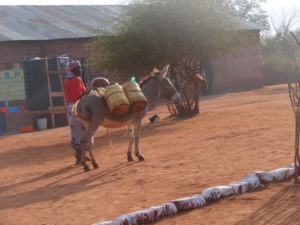 The U.S. Agency for International Development (USAID) announced on July 24, 2022, that the U.S. would provide $476 million in humanitarian aid to Somalia after an unprecedented drought drastically increased the risk of famine. More than 7 million people could face famine due to this drought. Hence, amid this looming famine, this aid seeks to provide “urgent food supplies” and offer necessary nutrition support to children facing acute malnourishment.

The Current State of Somalia

Somalia is currently in a state of climate emergency after experiencing “a fourth failed rainy season,” which plunged the nation into drought. This has caused conditions of mass famine, disease and displacement. After a recent trip to Somalia, Jan Egeland, Norwegian Refugee Council’s secretary general, describes the situation on the ground. Farmers had “lost all their livestock and crops,” children face severe malnourishment and parents beg for food and water to meet their daily needs.

Drought is not a new phenomenon in Somalia and has detrimentally impacted the social and economic stability of the country in the past decade. Since the beginning of 2021, the drought has forcefully displaced more than 800,000 people. With the most recent drought fostering a significant hunger crisis, the number of people experiencing crisis levels of hunger could increase “from less than five million to more than seven million in the coming months.” While drought in Somalia primarily fuels mass displacement and famine, it also generates “violent conflicts over water and grazing land, rising costs of basic goods and the destruction of crops and livestock herds.”

The intertwining of factors affecting food security in Somalia evidently worsens the situation. These factors include the COVID-19 pandemic, locust plagues and “continued recovery from previous droughts.” The Russian war in Ukraine also contributes to the state of food insecurity in Somalia as roughly “90% of Somalia’s wheat imports came from Russia and Ukraine.” The invasion has led to the blockage of grain supplies and a surge in food prices.

While financial aid is extremely helpful in dealing with the impact of drought, there remain significant funding shortfalls. As opposed to the $1.3 billion donated by international donors in 2017, so far, in 2022, the figure only stands at $500 million. USAID has expressed a pressing need for more international donors to help address the impacts of several climate-related catastrophes and food insecurity in Somalia.

The U.S. provision of $476 million in humanitarian aid to Somalia gives the country’s citizens hope for a better tomorrow. It remains critical for Somalia’s global partners to contribute to the widespread efforts to alleviate the impacts of the looming famine fueled by the recent drought.